Study shows healthcare in Syria now a target of war

The international community must do more to protect healthcare in Syria as medical services become targets of war, according to a study published in The Lancet medical journal on Tuesday.

Reuters, Mar 14, 2017 - Samer Jabbour, an associate professor at the American University of Beirut’s Faculty of Health Sciences who co-led the study, said 2016 was the most dangerous year for health workers in Syria, with multiple attacks including killings, imprisonment, abduction and torture.
"The international community has left these violations of international humanitarian and human rights law largely unanswered, despite their enormous consequences," he said. "There have been repudiated denunciations, but little action." 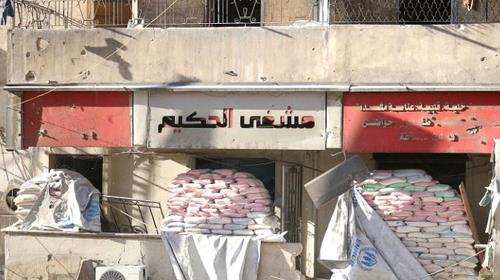 Published to mark the sixth anniversary of the Syrian crisis, the study used data from multiple sources to assess the conflict’s impact on health care and health workers. It found a "weaponization" of health care in Syria in which people’s need for it was used against them by denying access. 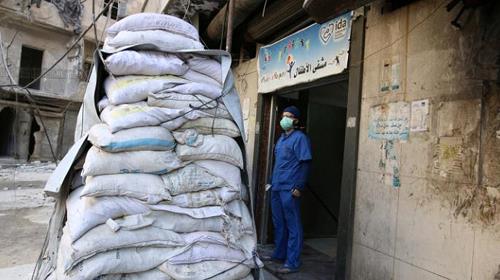 The study estimated 814 medical personnel were killed between March 2011 and February 2017 but Jabbour said this was probably "a gross underestimate" due to difficulties in gathering and corroborating evidence.
Researchers said there were almost 200 attacks on health centers last year alone and said a key feature of the weaponisation of healthcare is the repeated targeting of medical facilities with the aim of shutting them down.
Attacks on hospitals and health facilities increased to an estimated 199 in 2016, from just over 90 in 2012.
Kafr Zita Cave Hospital in Hama has been bombed 33 times since 2014, including six times this year, the study found. M10, an underground hospital in eastern Aleppo, was attacked 19 times in three years, and destroyed in October 2016.
"Over time, targeting has become more frequent, more obvious, and more geographically widespread. To the best of our knowledge, this level of targeting health facilities has not occurred in any previous war," Jabbour said. 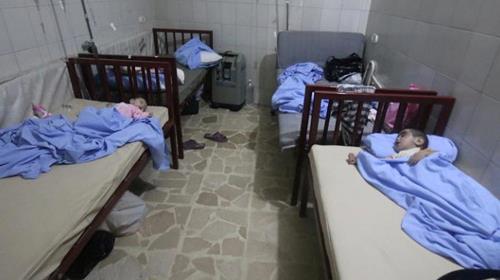 The researchers called for urgent action by policymakers, noting the World Health Organization (WHO) now monitors attacks but they suggest this does not go far enough since it only counts the strikes and does not document perpetrators.
Karl Blanchet, who was not involved in the study but is director of the Health in Humanitarian Crises Centre at the London School of Hygiene & Tropical Medicine, said the findings raise a serious issue which affects other countries, too.
"Syria is just the tip of the iceberg. In Afghanistan and Yemen today, international humanitarian organizations ...report attacks on health facilities every week. Patients have been shot while traveling in ambulances in Colombia, ambulances are used in suicide attacks in Afghanistan, doctors are murdered in Somalia, and hospitals bombed in Afghanistan, Yemen and Libya,” he said in an emailed comment.
The experts called for stronger national and international legislation to protect healthcare workers in conflicts, and urged UN agencies to advocate for health workers, resist pressure by governments to follow the official line, and strengthen capacity to deliver medical support across conflict lines.