France24, Feb. 27, 2017 - US President Donald Trump’s first budget proposal includes a substantial $54 billion dollar increase in defense spending, with corresponding cuts in foreign assistance and other non-military spending.
Highlighting what Trump has described as a "public safety and national security budget," the plan raises national defence spending -- already the highest in the world -- by almost 10 percent, an official said on condition of anonymity.
The proposal, which will be picked over by Congress, will have "a corresponding reduction in non-defense spending by 54 billion," the official said.
"Most federal agencies will see a reduction as a result." 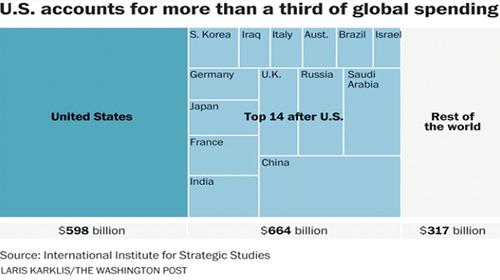