Senator Robert Torricelli released a letter in response to the article written by Jon Gambrell on February 5, 2017. The senator, who served as the legal representative of the MEK in the U.S. State Department hearings, took umbrage with the use of the phrases “cult”, “terrorist group” and accusations which include “killing Americans” and members “lighting themselves on fire”.

“As I’m certain your reporter is aware, the State Department never offered evidence that the MEK ever engaged in terrorist activities, killed any American or worked contrary to American interests. No evidence was similarly offered to the U.S. District Court for the District of Columbia, the Courts of Britain, France or the European Union who similarly either ordered the removal of a terrorist designation or ordered their governments to present evidence,” said Torricelli.
The senator then expressed that the AP owed an apology to the Americans that it had listed in the story and inferred that they had committed an ethical breach. “The Iranian regime has an active public relations presence in our country. It is their right to present information to the national dialogue. Your reporter, however, has fallen victim to it and done a great disservice to some very distinguished Americans united for the single purpose of regime change in Tehran,” said Torricelli.
He also said an apology was in order to the thousands of MEK member who risked their lives to share critical information about Iran’s nuclear program and reported Iraqi IED locations to American soldiers during the Iraqi occupation.

The Iranian opposition issued their own rebuttal to the AP story on February 7, 2017. In it, they noted that the article didn’t reference the military officers, the lawmakers and court hearings that demonstrated the MEK was not a terrorist organization or involved in the activities that the AP article mentioned.
“The religious dictatorship ruling Iran and its lobby abroad have tried for years to discredit the Iranian opposition in an effort to proffer the appeasement of the ruling mullahs as a viable policy,” said Shahin Gobadi, press spokesman of The People’s Mujahedin Organization of Iran (PMOI/MEK).
The U.S., UK and France all have findings that show there is no evidence that the group was involved in terrorism. Even the deaths referred to in the article have not been credited to the MEK, as reports from independent sources, as well as the U.S. State Department and well respected Iran experts. Yet none of these sources were mentioned in the article, noted the opposition rebuttal.
“The local cease fire agreement of mutual understanding and coordination” signed between the U.S. military and the MEK in 2003, makes it clear that the MEK had not fired a single bullet against U.S. forces in Iraq.
The AP story also didn’t reference what the MEK has done to expose the Iranian regime’s terrorism and reveal their major nuclear sites, which triggered the International Atomic Energy Agency’s (IAEA) inspections of the uranium enrichment facility in Natanz for the first time. Since then, the majority of the visits by the IAEA inspection teams have been to the sites first uncovered by the MEK. 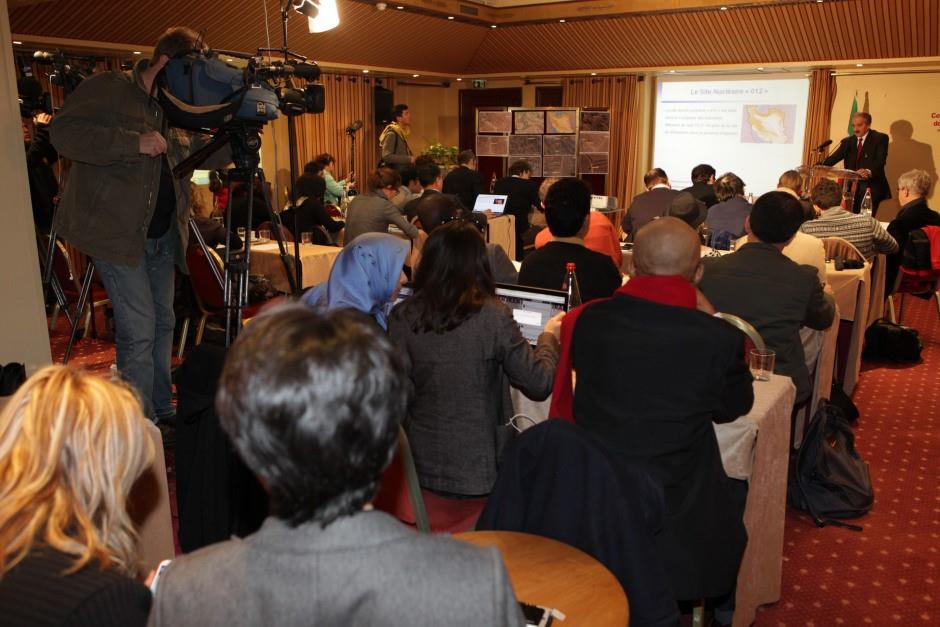 Congressman Brad Sherman (D-CA) told a House Foreign Affairs Committee Hearing that, “We all owe a debt of gratitude to the MEK for bringing this information to the world, and causing the United States and the world to focus on the problem.”
The MEK has been in existence since the 1960s and a majority of its founding members were executed during the early years of the Iranian regime. Since then, they have continued to work for a democratic Iran, as an alternative to the mullahs’ theocratic rule, which is riddled with human rights violations, executions and oppressive measures meant to keep the regime in power.
These two rebuttals clearly point to the mis-conceptions that continue to abound about the MEK and their role in Iran. The opposition rebuttal called the opening paragraph of the article an example of “editorializing” that “makes one wonder whether ulterior political motives by the ‘echo chamber’ crowd tasked to sell the Iran nuclear deal to (the) U.S. Congress and American public was at work here.”
As of February 8, 2017, there was no retraction of the article or apology made by the Associated Press.

Who is the MEK?
The People’s Mojahedin Organization of Iran (also known as the MEK) was founded on September 6, 1965 by Mohammad Hanifnejad, Saeed Mohsen, and Ali-Asghar Badizadgan. All engineers, they had earlier been members of the Freedom Movement created by Medhi Bazargan in May 1961.
The MEK’s quest culminated in a true interpretation of Islam, which is inherently tolerant and democratic, and fully compatible with the values of modern-day civilization. It took six years for the MEK to formulate its view of Islam and develop a strategy to replace Iran’s dictatorial monarchy with a democratic government.

MEK’s Interpretation of Islam
The theocratic mullah regime in Iran believe they are the only ones that can interpret Islam. The MEK reject this view and the cleric’s reactionary vision of Islam. MEK’s founders and new members studied the various schools of thought, the Iranian history and those of other countries, enabling them to analyze the other philosophies and ideologies with considerable knowledge and to present their own ideology, based on Islam, as an answer to Iran’s problems.

MEK’s Leadership Arrested
During the early 1970s, the Shah’s secret police arrested all MEK leaders and most of its members. In May 1972, the founders of the MEK, along with two members of the leadership, were put to death by firing squad after months of torture. The death sentence of Massoud Rajavi, a member of the MEK’s central committee, was commuted to life imprisonment due to an international campaign by his Geneva-based brother, Dr. Kazem Rajavi (who was later assassinated in April 1990), along with intervention of the French President Georges Pompidou and Francois Mitterrand. Today, he is the only surviving member of the original MEK leadership. 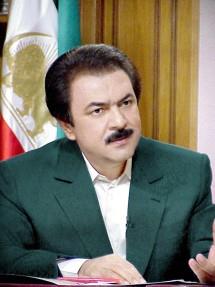 During his imprisonment from 1975 to 1979, Massoud Rajavi stressed the need to continue to struggle against the shah’s dictatorship. At the same time, he characterized religious fanaticism as the primary internal threat to the popular opposition, and warned against the emergence and growth of religious fanaticism and autocracy. These positions remained the MEK’s manifesto until the overthrow of the shah’s regime.

Political Prisoners Released
When the shah was forced to flee Iran, the democratic opposition leaders had been either executed or imprisoned and could exert little influence on events. Using this political vacuum, Khomeini and his network of mullahs were able to hijack a revolution that began with calls for democracy and freedom and diverted it towards his fundamentalist goals. Thus, an exceptional chain of events allowed the mullahs to assume power in Iran.

Khomeini Cracks Down on the MEK
While the MEK argued that Khomeini represented the reactionary sector of society and preached religious fascism, Rafsanjani and other mullahs began to consolidate power by attacking the MEK, which was the largest organized political party in Iran. Khomeini set up an Assembly of Experts comprised of sixty of his closest mullahs and loyalist to ratify the principle of absolute supremacy of clerical rule as a pillar of the Constitution.

The MEK launched a nationwide campaign against this move and refused to approve the new constitution. After they refused to support the Constitution with this pillar in it, the MEK was blocked from being able to participate in the political process within Iran.
Khomeini also ordered a crackdown on the MEK and its supporters. Between 1979 and 1981, some 70 MEK members and sympathizers were killed and several thousand were imprisoned.
In June 1981, during a peaceful demonstration to protest the crackdown, Khomeini ordered the Revolutionary Guards to open fire on the crowd, fearing that without the repression of the MEK that he might be forced to engage in serious reforms.


Since that time, Iran has actively targeted members of the MEK as victims of human rights violations. Over 120,000 of its members and supporters have been executed by the Iranian regime, including the 30,000 in 1988 by direct fatwa from Khomeini.

By the end of 1981, many of the members and supporters of the MEK went into exile, with their principal refuge being France. But after negotiations with the French government, the Iranian authorities were able to have them treated as undesirable aliens. Thus, the MEK relocated to Iraq.
Today, the MEK is the oldest and largest anti-fundamentalist Muslim group in the Middle East. The MEK supports:
 Universal suffrage as the sole criteria for legitimacy
 Pluralistic system of governance
 Respect for individual freedoms
 Ban on the death penalty
 Separation of religion and state
 Full gender equality
 Equal participation of women in the political leadership. The MEK is currently led by its central committee, which consists of 1,000 women.
 Modern judicial system that emphasizes the principle of innocence, a right to a defense and due process.
 Free markets
 Relations with all countries in the world
 Commitment to a non-nuclear Iran

MEK remains the leading voice for democracy in Iran, supported by its interpretation of Islam that discredits the fundamentalist mullahs’ regime.