The Guardian, Jan. 22, 2017 - The latest attempt to end the six-year conflict has been organized by Russia and Turkey and begins in the Kazakh capital

The meetings, scheduled to last two days at a luxury hotel in Astana, Kazakhstan, will focus on how to extend the ceasefire negotiated in the wake of the opposition’s military defeat in Aleppo, Syria’s second city, at the hands of the Russian air force and Iranian-backed militias.
The talks are also sponsored by Turkey and Iran, but the US, the EU, Saudi Arabia and the UN are, for the moment, largely marginalized. Russia faces a new set of challenges as it attempts to move from participant in the conflict to peace broker.
Leaders of the Syrian opposition delegation, representing as many as 12 factions, claimed on the eve of the Astana talks that Moscow genuinely wanted to move to a neutral stance but was being held back by the Iranian and the Syrian governments.
Mohammed Alloush, the leader of the opposition delegation, said the failure of Moscow to put pressure on Iran and the Syrian government to end what the opposition says are widespread violations of the Turkish-Russian brokered ceasefire would be a blow to its influence in Syria. 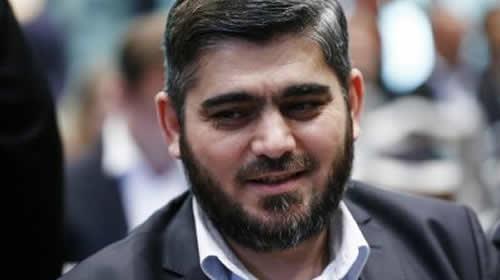 “It’s a real test of the power of Russia and its influence over the regime and Iran as a guarantor of the deal so, if it fails in this role, there will follow bigger failures,” Alloush said in the Kazakh capital. “Russia wants to move from a direct party in the fighting to a guarantor and neutral one and this point is being obstructed by the Syrian regime that wants it [the ceasefire] to fail and Iran that is fighting this with its sectarian militias in Syria.”
Opposition sources said they were willing to hold face-to-face or indirect talks over ceasefire violations and humanitarian access.
Russia believes its talks process can be more productive than previous efforts led by the UN, partly because the military balance has changed and partly because the talks are directly between the Syrian government and fighters, rather than with political leaders representing the opposition but often living outside Syria.
The Syrian opposition says the government and Iranian-backed militias are continuing military offensives in several areas in Syria, including in Wadi Barada near the capital, regardless of the ceasefire.

Some of the worst fighting in recent days has been between opposition groups in Idlib – one of the last rebel strongholds in Syria. 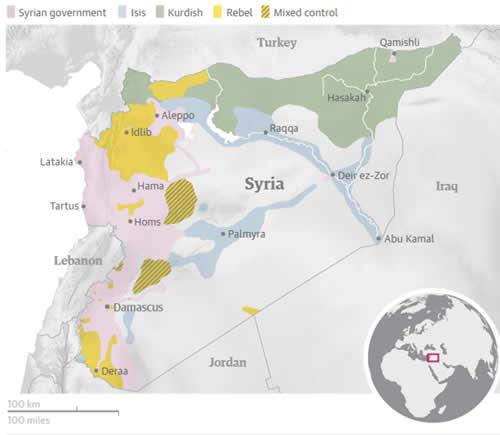 Moscow invited all the opposition fighting groups except Islamic State and JFS to the Astana talks, but the once powerful Turkish-backed Ahrar al-Sham refused to attend after a fierce internal debate. The decision leaves tens of thousands of fighters outside the talks, which was also the case when it refused to participate in the Geneva talks in 2016.
Moscow believes the diplomatic backdrop of the Astana talks is more favourable than last spring’s abortive talks in Geneva, partly because the opposition has been weakened and divided by the Aleppo defeat. It also believes Washington under Donald Trump is interested primarily in defeating Isis, rather than ousting Assad from power.
Turkey appeared to reverse its five-year demand for Assad to stand down on Friday, saying it could no longer insist on a resolution of the conflict requiring the Syrian president’s removal. “We have to be pragmatic, realistic. The facts on the ground have changed dramatically, so Turkey can no longer insist on a settlement without Assad. It is not realistic,” said Turkish deputy prime minister Mehmet Şimşek.
Ankara claimed his remarks had been over-interpreted, but many observers regarded his statement as a confirmation of the Turkish-Russian rapprochement under way for many months
With the talks formally due to end at lunchtime on Tuesday - early in the morning UK time - any agreement is unlikely to spread beyond the terms for deepening the ceasefire and providing humanitarian access, as well as agreeing on broad principles for a future Syria.
But the talks may reveal the extent to which tensions between Tehran and Moscow over the future of Syria can be contained. So far, there has been silence, for example, over whether the Iranian-backed Hezbollah should be forced to quit Syria.
Russia and Iran are both seeking to exploit the military and political victory with commercial and military deals with Assad.