NewYork, ABCnews, 4 January 2017 - At least 37 people have been injured after a Long Island Rail Road train derailed at Brooklyn's Atlantic Terminal on Wednesday.
It's not yet clear what caused the train to jump its tracks at around 8.20am.
Photographs showed smoke billowing from the train which had crashed into a door at the station.
Several passengers remained slumped on the train's floor as they were treated by paramedics shortly before 9 am.
At least 37 people were injured on Wednesday morning as a Long Island Rail Road commuter train jumped its tracks at Brooklyn's Atlantic Terminal 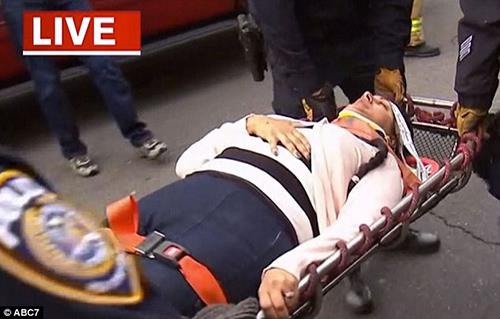 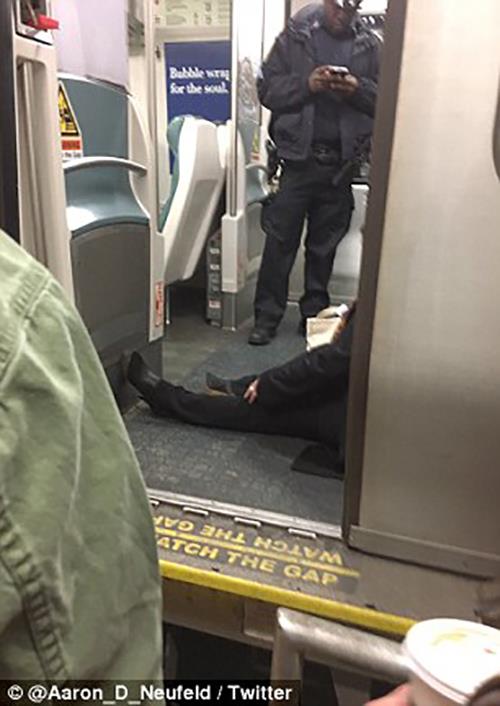 Others were stretchered away from the scene as crowds gathered on platforms,
Responders were still evacuating passengers from the train 30 minutes after the crash.
There was no immediate explanation from Long Island Rail Road other than its Twitter announcements that several other services had been disrupted.

'Anticipate possible delays into and out of Atlantic Terminal this morning due to an incident at the terminal.'
The Fire Department of New York confirmed all of the passengers' injuries were non-life threatening.
'37 injuries reported at a train derailment, Atlantic Terminal LIRR. All injuries are non-life-threatening,' it said in a tweet.
Several roads surrounding the terminal were closed as fire trucks and ambulances flocked to help the injured. 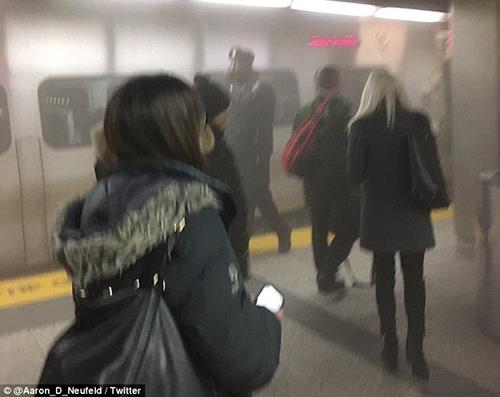 Smoke filled the platform as commuters rushed away from the wreckage just after 8.30am 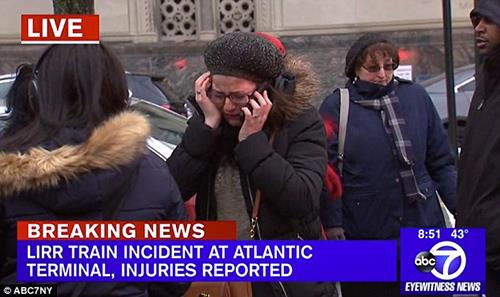 It's not yet clear how serious the passengers' injuries are. Unharmed commuters made frantic phone calls after escaping the wreckage 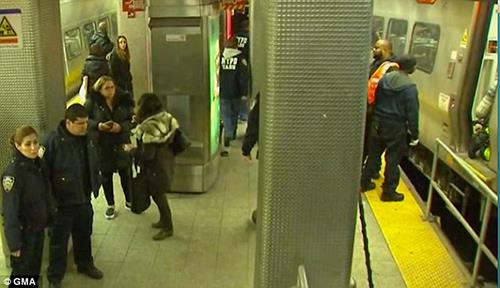