Rule by terror: The Iranian regime’s history of brutality and violence

By Tony Duheaume
Since it was founded by Ruhollah Khomeini in 1979, the clerical leaders of the Islamic Republic of Iran have been kept in power solely by the sheer brutality and violence rent upon the population by its elite military forces, and the spy network of its ministry of intelligence service. They have together covered the entire nation in a network of spies, the sinister tentacles of which stretch from village to city in every province of Iran. 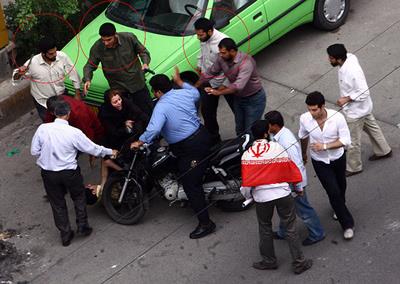 The brutality to which this regime will resort to is brought to light in the way its fanatically loyal elite military, the Iranian Revolutionary Guards Corps, and its subservient Basij militia, crackdown down hard on any form of dissent, in order to keep their beloved radical clerical regime in power, which in course enforces its draconian laws onto its powerless citizens at whatever cost.
Breathtakingly despotic, the Islamic Republic of Iran was founded on extreme brutality, with major human rights issues taking place right from the start of its violent takeover, which, as the revolution wound down, began in earnest with house to house searches, extrajudicial executions in the street, the mass slaughter of thousands of inmates in its prison system, and other terrible abuses including the mass torture and murder of dissidents who dared to oppose Khomeini’s new oppressive rule, which continues to this very day.

No sooner had Ruhollah Khomeini come to power in Iran 1979, proclaiming himself Supreme Leader, he found the need for a military force that would be completely loyal to him, and would act as an elite unit free of the command of the regular army, which would protect him at all costs, and that was when he formed the Iranian Revolutionary Guards Corps (IRGC).
This force would become the guardians of the revolution, preserving all of the founder’s ideals for years to come, much in the same way that Hitler had had in mind for his beloved SS, which acted as his private bodyguard, and guardians of his legendary Thousand Year Reich.
But not only did Khomeini get to work building up this powerful political military force, he needed to ensure that this new elitist unit would fulfil the role required of them, and so he saw to it that a “martyrdom cult” was developed within its ranks. 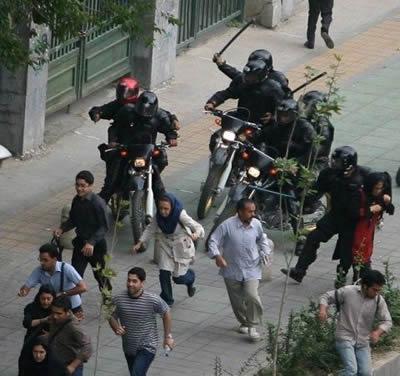 Khomeini needed committed idealists, soldiers who would give their lives to protect all aspects of his ideology, and who would sacrifice themselves without blinking an eye to further the cause of his beloved Islamic revolution for years to come.

A second revolution?
Then when Ali Khamenei took over as Supreme Leader after the death of Khomeini, always one to feel paranoid about being overthrown in a second revolution, he threw pots of money at the IRGC, offering its commanders lucrative deals such as the ownership of state assets to keep them close to him.

Just like Adolf Hitler’s elite SS battalions, the present day tasks of IRGC are numerous, both militarily and culturally. As with the SS in Hitler’s Germany, the Guard’s are a very active element in the country’s intelligence community, operating their own Intelligence Directorate, which keeps them well informed of any disruptive activity, and with their spies in every section of the security services, the military and political establishment, any grumblings of discontent or threats against the regime soon come to their attention. 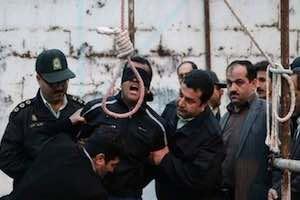 The tentacles of the Guard’s intelligence arm are spread right across the nation, and working alongside the Ministry of Intelligence Service – commonly known as the MOIS – both groups are responsible for monitoring the activities of all citizens.
Its agents are constantly looking for any sign of subversive activity amongst the general populace, while at the same time enforcing the regime’s strict "Islamic codes", including the policing of appropriate clothing for women, and that of moral issues.
The mullahs have always perceived any form of reformist opposition as a threat to their grip on power, and in their terminology, anybody opposing the country’s clerical rule in any way is guilty of a crime against the state, and by committing such a crime, they are also guilty of “waging war against the government of God.”