THE HAGUE, Netherlands (AP) Nov. 18, 2016 — Dutch police detained a 45-year-old homeless migrant Thursday on suspicion of involvement in a threat that sparked heightened security at a regional airport. 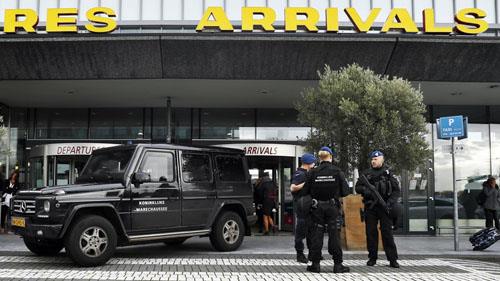 Armed military police spent hours checking cars and carrying out investigations at Rotterdam The Hague Airport after an anonymous tip Thursday morning warned of a possible threat.
Late on Thursday, police said in a statement that they had detained a suspect in Rotterdam, saying he had previously made false reports to police. His name was not released.
The threat prompted military police to take up positions around the airport, checking some cars as they approached the terminal. Flights to and from the airport were not affected by the alert.
Police said "extra visible and invisible security measures" put in place during the day and into the night were "revised" after the arrest, but gave no further details.