AFP, Oct 26, 2016 - Russia has canceled plans to refuel warships heading for the Syrian coast at a Spanish port, Spain's foreign ministry said Wednesday after Madrid came under pressure to refuse them permission.
The Russian flotilla -- led by the aircraft carrier Admiral Kuznetsov -- had been expected to take on fuel and supplies from Friday at the port of Ceuta, a Spanish territory on the north coast of Africa.
There had been concern that the three ships could take part in air strikes in Syria, where Russia has been staging a bombing campaign for the past year in support of President Bashar al-Assad and has deployed a naval contingent to back up its operation. 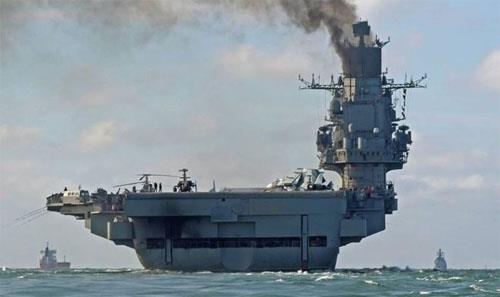 Moscow's decision comes against a backdrop of increasing tensions between Russia and the West over the war in Syria, as well as the conflict in Ukraine.
"The Russian embassy in Madrid has just told us that it is withdrawing its demand for permission to stop over for the boats, which means that the stop-overs have been canceled," the Spanish foreign ministry said in a statement.
Russian ships have for years made stops in Spanish ports, with permission granted on a case-by-case basis, taking into account the safety of local residents and the environment, the ministry had previously said.
But this time, Spain decided to review Russia's request to allow its ships to stop on Spanish territory while it weighed the situation, it added. 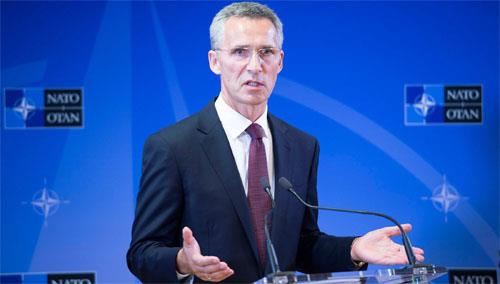 NATO Secretary-General Jens Stoltenberg had expressed concern that the flotilla could take part in Syria air strikes.
"It's a decision which has been taken by individual allies, whether they provide fuelling and supplies to Russian ships," he told reporters in Brussels.
"But this time I have conveyed a very clear message that we are concerned about the potential of this carrier group to increase attacks in Aleppo," he added.
"All allies are aware of our concerns, they share our concerns about Russian airstrikes against Aleppo."
- 'Scandalous' -
Britain also weighed in. A British government spokesman said London "has previously expressed concerns to the Spanish government about its hospitality to the Russian navy when we have concerns about Russia's military activity". 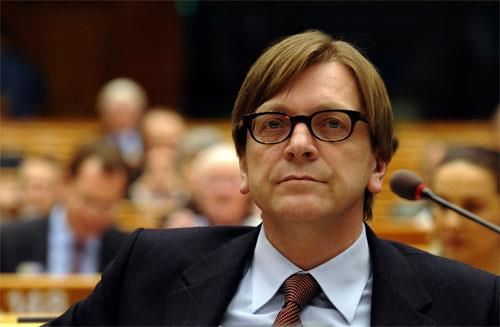 Guy Verhofstadt, former Belgian premier and liberal leader in the EU parliament, said in a Twitter message "it is scandalous that Spain, a member of NATO and the EU, is today allowing the Russian Kuznetsov fleet to refuel and receive technical assistance on Spanish territory."
He recalled that just last week the Spanish government signed a European Council statement accusing Russia of war crimes against civilians in Syria.
Spain, a NATO member, regularly allows Russian warships to stop in Ceuta, which faces the British territory of Gibraltar on Spain's southern tip.
At least 57 Russian navy ships have stopped in Ceuta between 2011 -- when Moscow started to regularly use the port facilities there -- and August 2015, according to conservative US think tank Heritage Foundation.
The foundation blasted Spain for allowing Russia to use the port even after Russia invaded and annexed Crimea in March 2014.
It said Greece, another NATO member, as well as Malta, which is part of the EU but not NATO, also allow Russian navy ships to use their ports.