A general view taken with a drone shows a road separating Aleppos government-controlled areas from the rebel-held ones in Syria October 20, 2016

Aleppo, Reuters, Oct 22, 2016 - Calm prevailed across the divided northern Syrian city of Aleppo on the third of four consecutive day-time unilateral ceasefires announced by Russia, but medical evacuations and aid deliveries have still not happened, a war monitor said.
No Syrian or Russian air strikes on the eastern rebel-held side of Aleppo, Syria's most populous pre-war city, have been reported since Russia began the pause in hostilities on Thursday, the Syrian Observatory for Human Rights said. 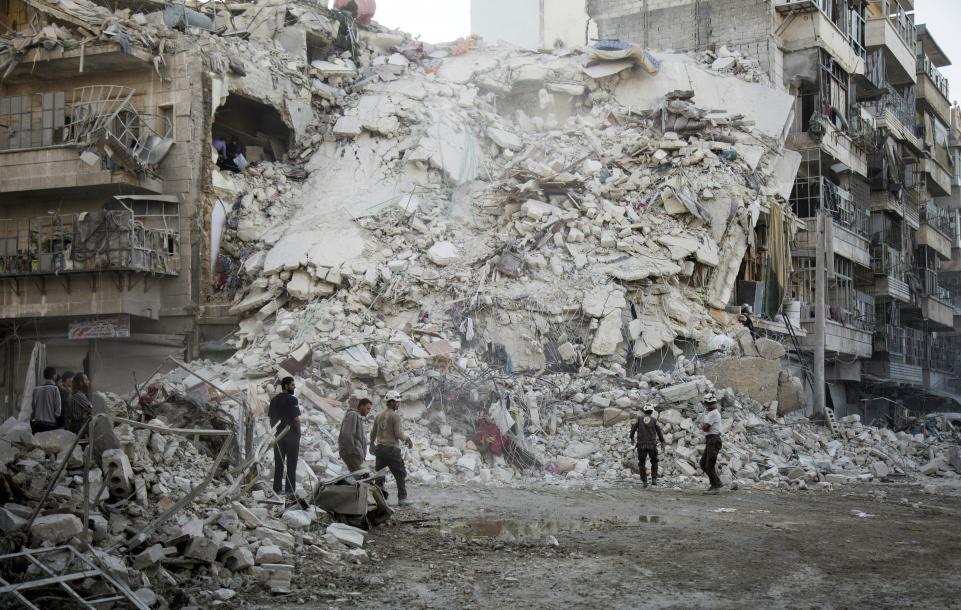 But rebels have said they cannot accept the ceasefire, which they say does nothing to alleviate the situation of those who choose to remain in rebel-held Aleppo, and believe it is part of a government policy to purge cities of political opponents.

The Syrian army and Russia have called on residents and rebels in besieged eastern Aleppo to leave the city through designated corridors and depart for other insurgent-held districts under a promise of safe travel, but very few rebels or civilians appear to have left.

Sporadic clashes between insurgents and Syrian government and allied forces have been reported during the period of calm along frontlines, with some shells falling on both the government-held western side of the city and the rebel-held east, the Observatory said.