JAKARTA (Reuters) October 20, 2016 - A suspected supporter of Islamic State stabbed and wounded three Indonesian police on Thursday in what appeared to be the latest violence inspired by the militant group in the world's biggest Muslim-majority nation.

The man also threw a pipe bomb which failed to explode during the rush hour attack in Tangerang, on the outskirts of Jakarta, police said.

He was shot and died of his wounds, a police spokesman said, while the three victims were being treated in hospital. 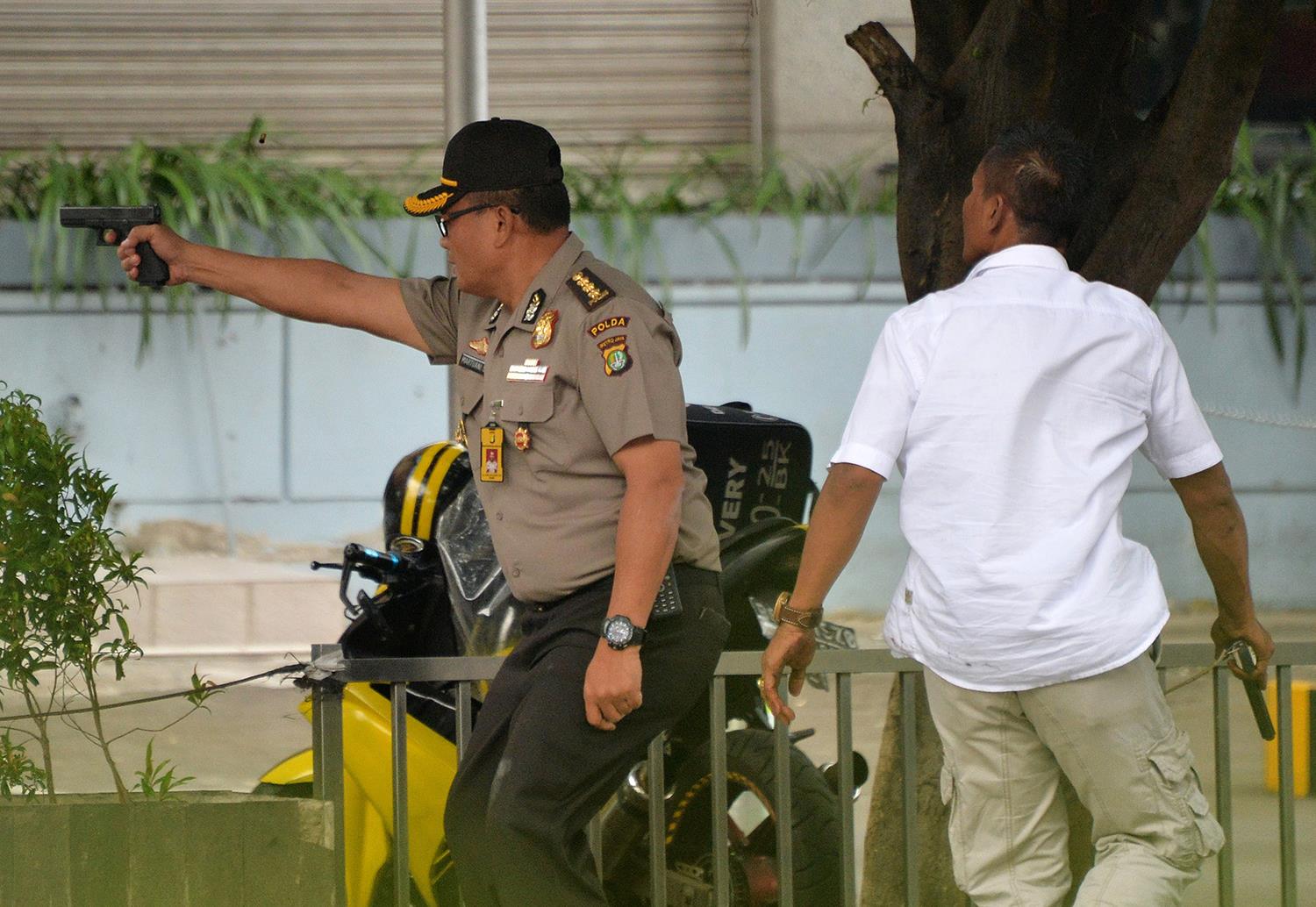 Jakarta policeman shooting at a target

A second pipe bomb and a large IS sticker were found at the scene, police said.

Indonesian authorities are increasingly worried about a resurgence in radicalism in Southeast Asia's largest economy, driven in part by a new generation of militants inspired by Islamic State.

"Two of (the policemen) were stabbed in the arm and chest. Then the attacker walked around showing off his weapon, walking to the police post and shouting 'Allahu akbar' (God is greatest)," Mohammad Isa Ansori, deputy police chief of Tangerang district, told Reuters.

The attacker, who was born in 1994 and unemployed, was believed to be a member of Indonesian militant group Jamaah Ansharut Daulah (JAD), which supports Islamic State.

The umbrella organization, formed last year through an alliance of splinter groups backing Islamic State, is led by jailed Islamist cleric Aman Abdurrahman, who is serving a nine-year prison sentence for aiding a militant training camp.

Thursday's assault comes after a series of Islamic State-linked attacks beginning in January when four militants mounted a gun and bomb attack in Jakarta. Eight people were killed, including the militants.

In July, a militant blew himself up at a police station in the town of Solo, injuring one officer.

Police in August arrested Islamic State supporters plotting to launch a rocket at Singapore's Marina Bay casino resort area using a boat from the nearby Indonesian island of Batam. 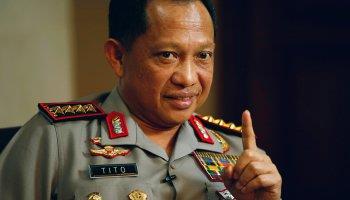 The vast majority of Indonesia's 250 million people practice a moderate form of Islam. Small militant groups that have periodically mounted attacks against the state and foreigners have been largely disbanded or driven underground.

In Indonesia's most serious attack, militants set off explosives at a nightclub on Bali island in 2002 killing 202 people.

Authorities believe Islamic State has more than 1,200 followers in Indonesia and nearly 400 Indonesians have left to join the group in Syria.

Police are on the alert in case more Indonesians return home after Iraqi forces this week launched an offensive to take back the Islamic State stronghold of Mosul.

Authorities are monitoring about 40 returnees, concerned they could be linking up with existing networks, police chief Tito Karnavian told Reuters on Monday.