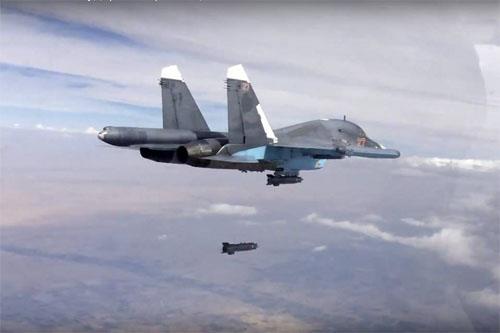 On Sept. 30 last year, Russia began an air campaign backing the ground forces of Syrian President Bashar Assad, turning the balance of power in his favor in many areas — including the northern province of Aleppo and the suburbs of the capital Damascus. 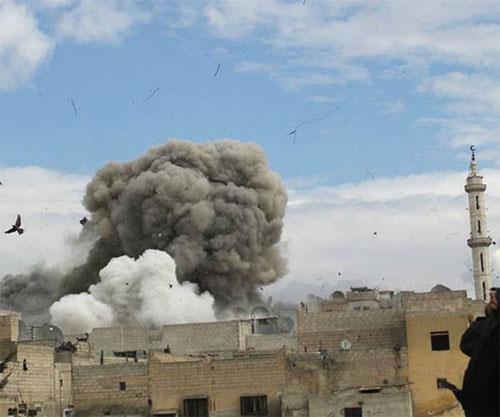 Russian Airstrikes Killed 9,300 in Past Year

Opposition activists have blamed Russia as being responsible for most of the recent airstrikes against rebel-held neighborhoods of east Aleppo city that killed more than 320 civilians in the past two weeks and demolished many buildings.

A Syrian opposition monitoring group that tracks Syria's civil war said a year of Russian airstrikes have killed 9,364 people in the war-torn country.

The Britain-based Syrian Observatory for Human Rights said the dead include 3,804 civilians, among them 906 children. The dead also include 2,746 members of the Islamic State group and 2,814 from other rebel and militant groups in Syria.

Russia on Friday is marking one year since it launched its air campaign in Syria in support of Assad. In light of that, the Russian Foreign Ministry issued a warning to Russians abroad about possible "provocations," urging them to exercise caution. 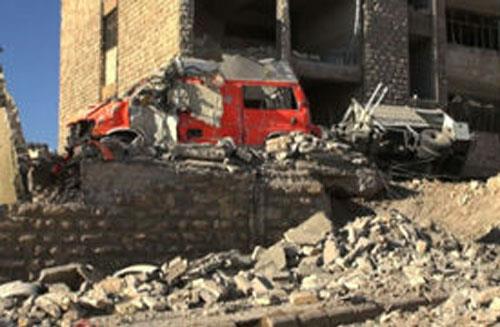 A spokesman for Russian President Vladimir Putin said Russia's involvement in Syria is justified because militants did not manage to capture the capital Damascus thanks to Russia. Marking the 1st anniversary, Dmitry Peskov said that Putin never gave a timeline for how long the bombing mission might last and still won't.

Russia's declared goal was to support the Syrian government of Russia's long-term ally Assad and Peskov insisted that in that respect the operation has been a success.

If it wasn't for the Russian involvement, the Islamic State group and other "terrorists" would have been "sitting in Damascus," he told reporters.

Regarding figures cited by the Observatory on casualties as a result of the airstrikes, he said he would not comment reports by "a group based in the U.K." The Observatory relies on a network of activists on the ground inside Syria.

Also Friday, Russia's Foreign Minister Sergey Lavrov said Moscow is doing all it can together with the Syrian government to help the U.N. arrange weekly pauses in Aleppo to deliver humanitarian goods. 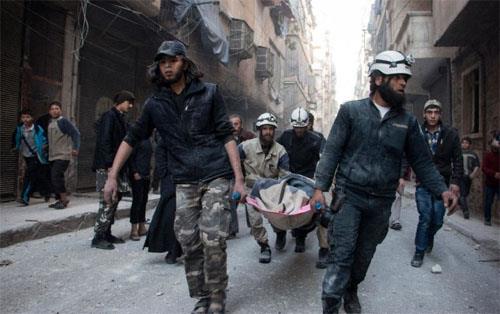 Speaking to BBC about his country's military operations in Syria, Lavrov said: "We are not using any munition which is prohibited by the United Nations. I can assure."

The backers of the opposition blasted the Russian intervention.

"Russia claims to be committed to a political solution in Syria, yet since its military intervention, the brutal Assad regime still clings to power. Russia's action has not curbed the regime's atrocities," said Britain's Special Representative to Syria, Gareth Bayley. "Russia has proved to be either unwilling or unable to influence Assad and must bear its responsibility for the Assad regime's atrocities."

A video posted on the opposition's Shaam News Network described Russia's military operations in Syria as "a year of crimes." It said that after a year of airstrikes Russia has not been able to defeat insurgents. 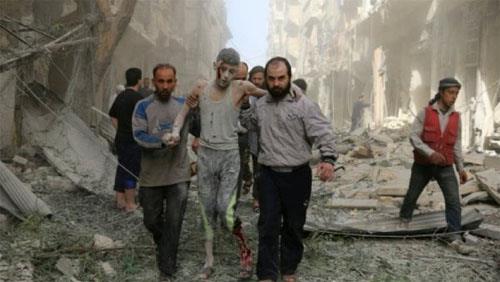 Also Friday, Syria's military and the Observatory said government forces captured a hospital in the northern city of Aleppo a day after regaining control of a Palestinian refugee camp in the city.

The Syrian military said government forces are strengthening their positions in the largely abandoned Handarat refugee camp and took control on Friday of the Kindi hospital, an unused structure that was damaged in years of war.

The Observatory said the hospital is on the northern edge of the city just 2 kilometers (1.3 miles) from a major intersection north of Aleppo known as the Gondol roundabout. 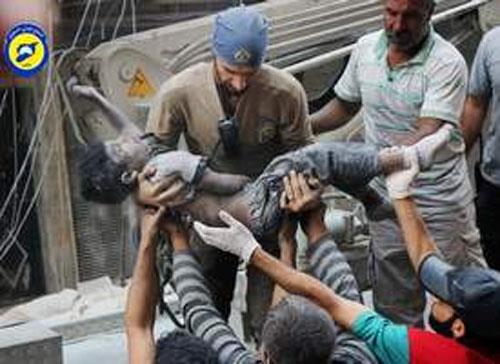 The Local Coordination Committees, another monitoring group, said eight soldiers were killed in clashes with rebels near the water station.

Syrian government forces have been on the offensive in Aleppo for days under the cover of intense airstrikes. State news agency SANA said rebels shelled the government-held part of Aleppom killing 15 and wounding 55.

The U.N. health agency decried an "unfathomable" situation for medical care in rebel-held parts of Aleppo, pleading for a halt to the violence that has prevented aid and support from entering. 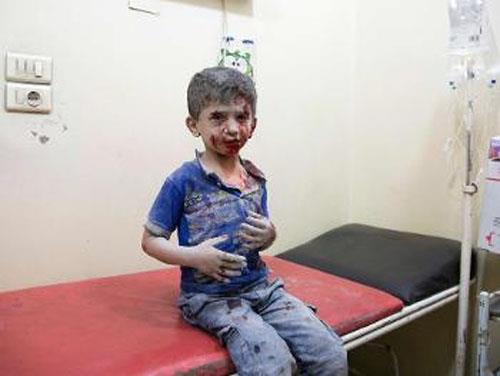 Aleppo crumbling under airstrikes, scores of civilians killed 'I've never seen so many people dying in once

Speaking Friday to reporters in Geneva, Brennan appealed for permission to evacuate the sick and injured. He said 846 people have been wounded, including 261 children, in the last couple of weeks.

He said fewer than 30 doctors doing work that's "beyond heroic" are now in eastern Aleppo, where at least 250,000 people live under siege.