SHOCKING claims that a UFO flew past the doomed Space X rocket before it exploded yesterday are going viral online.

Sunday Experess-Sep 2 2016-Alien conspiracy theorists claim video footage shows an object fly past the launch pad at Cape Canaveral, Florida, while ill-fated Falcon 9 Space X rocket was undergoing tests ahead of a planned launch tomorrow.
The theory has been further fuelled by Space X referring to there being "an anomaly" on the launch pad in tweets - as this is a term used by governments instead of UFOs.
Many viewers of the video have pointed out it is likely to have been just be an insect or bird flying past the camera.

In fact, in other footage of the incident, a number of birds are seen flying past before the explosion.
But it hasn't stopped a host of conspiracy theorists suggesting it was an alien strike on Space X and Facebook. The videos seem to have convinced some YouTube viewers.
One posted: "If between the left tower and right tower there is at least a quarter mile and the so called bug beamed from one end to the other in 1/4 second. 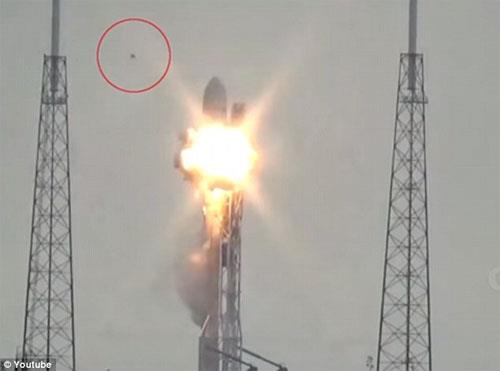 Alien hunters, Martian researchers and the non-believers have all flocked to the video in order to state their opinions of what this mysterious object might be

"That bug is at least going 3,600mph minimum. Its not a bird, its an alien with a laser that destroyed the rocket. You can tell it is not a bird or a bug. 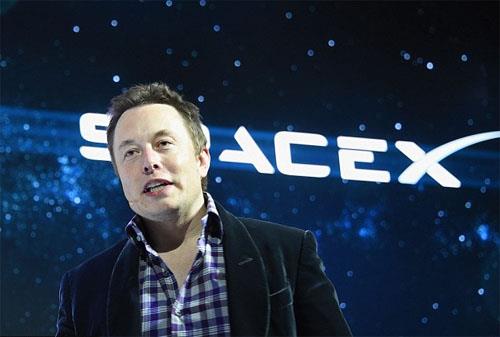 Look at how the left tower hides the UFO behind it when you slow it down near the top. this indicated the UFO is behind the tower and not in-front of the camera lens dropping the possibility of a bug.

Garry Ermoloff added: "It's too bad this slow version wasn't the full video because that is not the only time that orb appears.
"It is in many frames and there are also birds flying by but the speed of the orbs and some crazy manoeuvers so fast that unless you quickly stop each frame to divide them you almost don't even see the orbs but the birds give something to compare with the orb flying past. 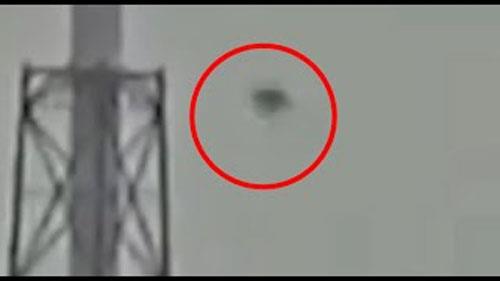 "They are definitely something and very interested in the SpaceX launch."
Sharaf Khawaja posted: "What will the sceptics have to say about this smoking gun footage? These are high speed cameras capable of making crystal clear film.
"Anybody can analyse it frame by frame and see the entire UFO activity around the launch pad. 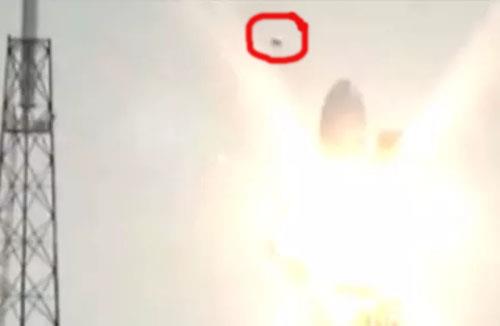 The rocket was carrying a satellite that would have allowed Facebook to spot-beam broadband for its Internet.org initiative to get its social media network to far-flung corners. 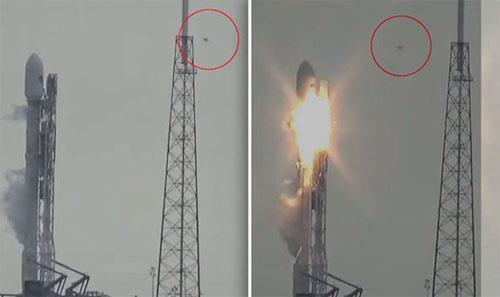 In this still from the video the "UFO" is seen flying off after the explosion.