THIS footage of a strange hairy human-like creature stalking through a dessert has stunned the internet.

Express.co.uk Aug 17, 2016 The mysterious sighting of the unknown beast appears to show the animal walking upright slowly across the desert wasteland.
In the clip, the creature appears to be over six-feet tall and walks with a stooped back, very long arms and a pair of legs.
The video has sparked a heated online debate as sceptics labelled the footage fake while others struggled to explain it beyond pointing towards aliens or mythical creatures. 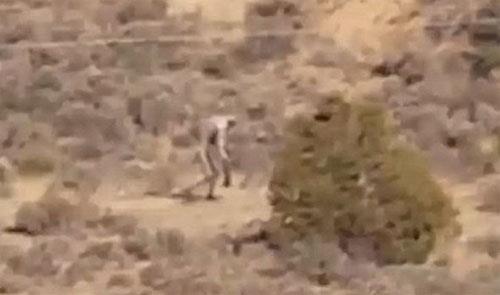 In the brief clip, the giant creature is filmed pacing slowly through the scorching landscape.
The bizarre man-like hairy beast appears to camouflage itself as it blends in with its surroundings while birds are heard to chirp calmly in the background.
To prove the veracity of the video, the camera then pans to show the reveal of the rest of the desert, more birds and a parked car.
When the camera returns the creature doesn't stick around and quickly disappears behind a large bush and never reappears. 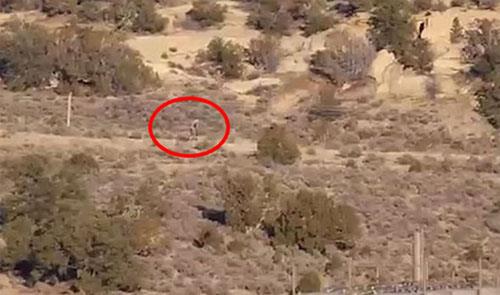 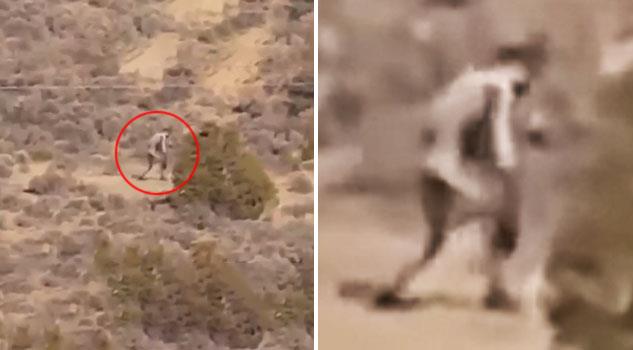 The footage was first posted online over a month ago and has already racked up an impressive 200,000 views.
However, the internet is torn as to what the animal might be.
Some believe it could be the fabled chupacabara, other have pointed to its similarity to Big Foot.
Several users have claimed the creature "has to be an alien".
The myth of 'el chupacabra' began in Latin America when farmers found their goats dead and drained of all their blood