Farzad Madadzadeh had just dropped off a fare in Karaj and was returning to Tehran when his phone rang.
It was the police, the officer on the line asked him to come to a station in the Iranian capital for what the taxi driver assumed were mundane reasons.
‘I thought that it related to my taxi driving,’ Farzad told metro.co.uk from a location In Paris.
‘Perhaps someone had taken my license plate down and reported me.’ 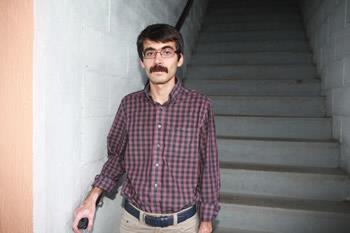 He was wrong.
What followed was an arrest, months of interrogation, what he described as brutal beatings and solitary confinement, followed by a trial that lasted a matter of minutes and then five years in prison.
But the taxi driver was one of the lucky ones.
Arrested in 2009 and then released from prison in 2014, he was one of tens of thousands of prisoners incarcerated at that time.
But while he faced a five year prison term, others wouldn’t escape with their lives.
Amnesty International estimates that between 2013 and 2015 around 2,000 people have been executed in Iran.
And a recent escalation – including the hanging of 20 Sunni inmates at Gohardasht Prison earlier this month – has left many fearing we could see a return of something akin to one of the bloodiest periods in Iran’s recent history.
In 1988 the regime executed as many as 30,000 political prisoners. Something which The British Parliamentary Committee for Iran Freedom recently said should be considered a crime against humanity.
In 2009, Farzad became a political prisoner himself. His active support of the People’s Mujahedin of Iran (PMOI), an opposition group within Iran, had captured the attention of the authorities.
‘When I went inside the station I saw that the atmosphere was not normal,’ he said.
‘There were several plain clothes policemen there. I didn’t realise at the time but they were agents of the ministry of intelligence.’

What happened in 1988?
In the summer of 1988, when the revolution in Iran was ten years old and its war with Iraq was winding down, the Iranian government killed thousands of political prisoners.
The killing was ordered by a fatwa issued by the country’s supreme leader, Ayatollah Ruhollah Khomeini.
Women, teenagers, it did not discriminate. Victims were loaded on to forklift trucks, hanged from cranes and half-hourly intervals and others killed by firing squad.
The British Parliamentary Committee for Iran Freedom recently called on the Government to officially recognise the 1988 execution as a crime against humanity.

Farzad said once they realised it was him, he was jumped on and his possessions confiscated.
‘I asked them “who are you?” they told me “it has nothing to do with you”.
‘I said “give me a warrant”, “tell me what it’s about”.
‘They took a hood out put it on my head and threw me in a car.’
He would be taken to Evin Prison and its notorious Ward 209 – run by the intelligence ministry.
Hassan Rouhani’s regime has seen an increasing suppression of citizens, Farzad said.
While there he would get firsthand experience of the brutal methods used by interrogators to extract information from their prisoners.
He said: ‘They would take me at eight or nine in the morning or eight or nine in the evening.
‘Whatever information they wanted from me, if I wouldn’t give it to them they would start to beat me.
‘There was three of them and they would kick me around like a football.
‘This was not just to extract information from me also they wanted me to make a false confession.
‘Provide false evidence against the PMOI. In essence, to lie about everything I believed in. 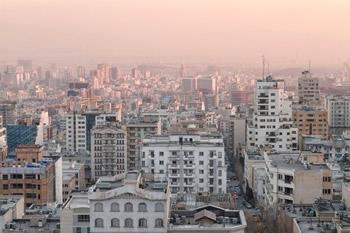 ‘But to be honest with you the worst of the torture was the solitary confinement.’
Farzad would spend two three month spells in solitary confinement.
The long spells can have a particularly sharp impact on both physical and mental health.
And ward 209 is not just for supporters of the PMOI.
Farzad explained: ‘Anybody who is arrested by the intelligence ministry of the revolutionary guard. First of all they are tortured, nothing else.

Evin prison in Iran, where Farzad was held prisoner after his arrest

‘Unless that particular person from day one is willing to cooperate and say whatever the regime wants, that’s the only exception.
‘But even that is only after torture.’
As a supporter of the PMOI, Farzad had taken part in human rights activities, supported families of prisoners and conveyed their news outside Iran.
He also took part in anti-regime protests, as he explained his ‘first priority was activities against the regime.’
Such activity carries a risk but as Farzad explained it was one he, and others, were prepared to face.
Since March, there has been a rise in the number of dual-nationality Iranians arrested by Iran.
Just in April, British charity worker Nazanin Zaghari-Ratcliffe, was arrested while visiting relatives with her daughter Gabriella, now 2.
She faced a three hour trial behind closed doors on Sunday, but is yet to be informed of any charges.
Farzard said dual-nationality passport holders special status might make them a target.
He said: ‘There is one thing these people come from outside Iran and they tell people what they see outside.
‘They also give information about what the regime is doing inside Iran to the outside world.
‘The regime’s foundational pillar is based on suppression it doesn’t differentiate between the people it suppresses.’
He said: ‘It is the right of any individual to protest. I recognise this right for myself as well.
‘Many of my other friends realised this right for themselves.
‘Of course, the price is high many of them are in prison now, are executed now.
‘I accepted that if it comes to that I would be willing to pay the price for it with my life.
‘For me this sort of thing happened a lot in prison.’ 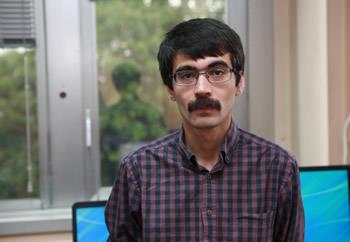 For his participation in anti-regime activities, Farzad would eventually face two charges, something akin to ‘Enmity against God’ and also Having a Relationship with the PMOI.
He did appear in court, but not in a manner we would be used to seeing in the UK.
‘I was taken once to court. When the court session was held, it lasted five minutes,’ he continued.
‘In five minutes the judge told me you are accused of War on God and having a Relationship with the PMOI they do not give me a chance to defend myself.
‘I just told them “a lot to what you are saying are lies, I don’t accept what you are saying”
‘Two weeks later they informed me I had a five year sentence.’
Farzad would sevre four years of his term under Mahmoud Ahmadinejad’s rule and then the final year under that of Hassan Rouhani, the current president.
He said in that time, and since his release, things have got worse, not better.
He continued: ‘For us not only did the human rights situation not improve it got worse.
‘The atmosphere in prison became more closed, for example, hospital treatment for those that are ill, that was put off completely. 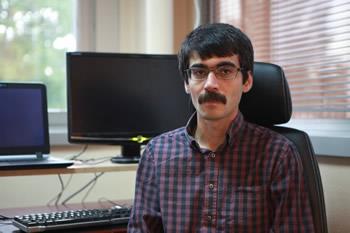 ‘The number of arrests increased; teachers workers, all sorts of people. Also the number of executions of prisoners was higher.’
The increasing level of suppression has led to a growing fear that the government could exercise its power in a mass execution akin to that in 1988.
Last year alone, Amnesty International says some 977 prisoners were executed.
Farzad fears a repeat of what occurred in 88 is as a real possibility.
He said: ‘The atmosphere of the prisons is closed again and even the prisoners are warning their own relatives of this.
‘For example, just yesterday a letter was published by an opposition website from political prisoners warning the international community and human rights groups that another mass execution could take place.’ 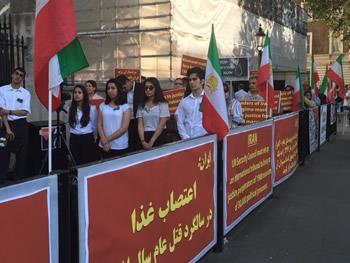 Multiple demonstrations have taken place across the world, including London, in recent weeks attempting to draw attention to what is happening in Iran.
‘Right now is a very worrying time inside Iran’ he continued. ‘The social atmosphere is very intense.
‘It’s like a powder keg every day there are protests and anything can trigger a protest.
‘The only tool the regime has to be able to maintain power is suppression and, in particular, execution.
‘The western governments must put pressure on the regime to make it stop.’
He added: ‘Right now these days you can find multiple protest in Tehran daily. Teachers, workers, this is of economic nature but a lot of it is political.
‘But all these protests what they seek is a regime change. This is very visible.
‘You can see it in the slogans they are chanting, the way they are acting and the protests they are holding.
‘All these arrests and executions they show Iranian society wants change.’