Reuters – India- Aug 3, 2016 - More than 20 people aboard two buses and other vehicles are feared missing after a colonial-era bridge in western India was washed away in the early hours of Wednesday in a river swollen by recent heavy rains.
The two buses were on their way to Mumbai when the older of two parallel bridges on the Mumbai-Goa highway, said to have been built under British rule, collapsed near Mahabaleshwar, media reports quoted eyewitnesses as saying.
"The primary reason seems to be the high pressure caused due to flooding of river Savitri due to heavy rains," Devendra Phadnavis, chief minister of Maharashtra state, said on Twitter. 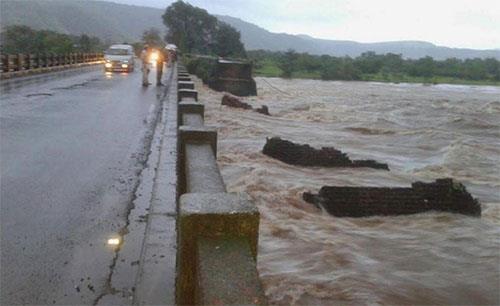 Mahabaleshwar is a hill station 230 km (140 miles) south of Mumbai, the capital of Maharashtra.
"There is no confirmed assessment about casualties since the area is very dark. Administration will ensure speedy rescue and relief operations," Fadnavis said in another tweet.
O.P. Singh, chief of the state-run National Disaster Response Force (NDRF), said 80 rescuers, including divers, had rushed to the area but their efforts were being hampered by heavy rains.
"We have not even spotted the buses so far," said Rakesh Ranjan, deputy commandant of operations at the NDRF. He said the river's current was very strong. 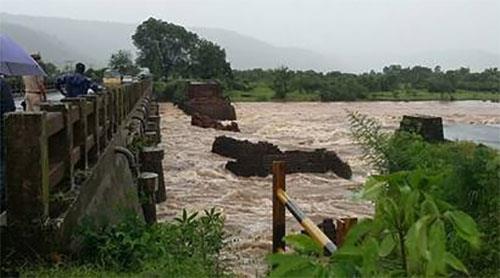 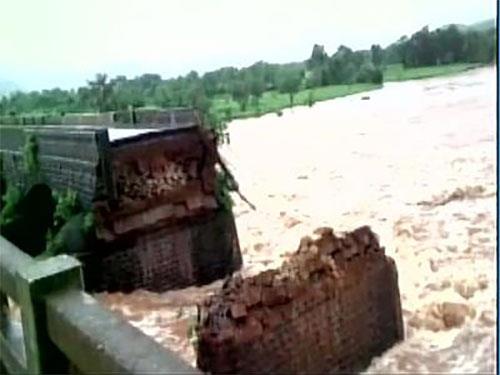 At least 42 people have died in the flooding in Bangladesh, while around 1.5 million people have been affected, officials said. 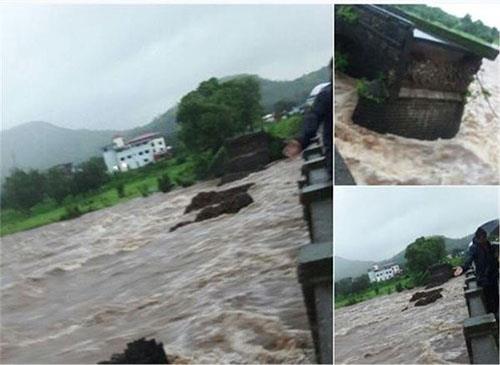