Obama Can't Let Iran Get Away With Murder

Real Clear, July 18, 2016 - The Obama administration has long said it will hold Iran accountable for acts of terrorism. It now has a chance to prove it:  Interpol red notices for five former Iranian officials found culpable in Argentina’s deadliest terrorist attack are about to come up for renewal.
Today marks 22 years since the bombing of the AMIA Jewish community center in Buenos Aires. Eighty-five people were killed, and the attack injured hundreds more -- innocent men, women and children. 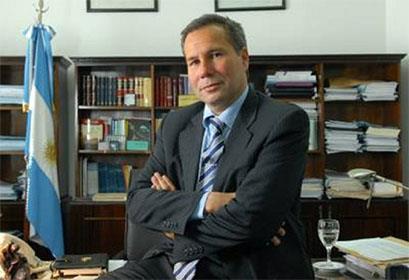 In 2007, Argentine prosecutor Alberto Nisman’s exhaustive investigation concluded that the attack had been approved on Aug. 14, 1993, in a secret meeting attended by Supreme Leader Ali Khamenei, President Ali Akbar Rafsanjani, Foreign Minister Ali Velayati, and Intelligence Minister Ali Fallahian.
Interpol issued red notices, which are akin to arrest warrants, for Fallahian and four other senior figures. Within Iran, that brought no stigma -- on the contrary, all have been rewarded, including in the time since Hassan Rouhani was elected as Iran’s supposedly moderate president.
Fallahian was Iran’s minister of intelligence at the time of the AMIA attack. Germany also still has an arrest warrant for Fallahian in connection with the assassination of five Kurdish opposition leaders. 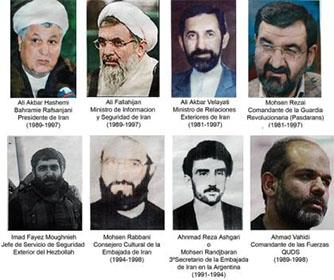 The others for whom Interpol issued red notices include Mohsen Rezai, Mohsen Rabbani, Ahmad Vahidi and Amhad Reza Asghari.
Rezai was the commander of the Islamic Revolutionary Guard Corps at the time of the attack. Today, Rezai is secretary of Iran’s Expediency Council.
Rabbani helped build Iran’s terrorist network in Latin America for 11 years before the attack. He used diplomatic cover -- officially he was Iran’s cultural attaché in Buenos Aires -- to plot the AMIA bombing. Today, Rabbani is cultivating Iranian supporters through radicalization programs for Latin American students. 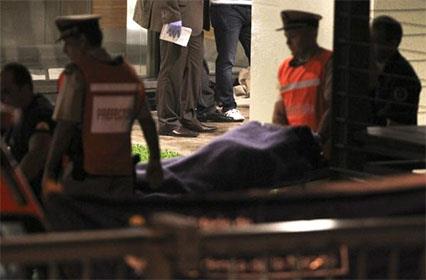 U.S. Attorney General Loretta Lynch, who worked with Nisman, understood Rabbani’s role as the handler of Abdul Kadir, who is serving a life sentence for plotting to blow up fuel lines at New York’s John F. Kennedy airport. Had that attack succeeded, it might well have been deadlier than the 9/11 attacks.
Vahidi led the Guard Corps’ Quds Force at the time of the AMIA bombing. He became defense minister in 2009. Vahidi was named director of the Armed Forces Joint Command Council Strategic Defense Research Center on Rouhani’s watch.
Asghari, a member of the Guard Corps, was third secretary at Iran’s Embassy in Argentina from 1989 until 1994. Asghari was employed by a front company operated by the IRGC. He later worked for Iran’s Foreign Ministry.
Interpol’s guidelines preclude issuing red notices for presidents and foreign ministers. However, Argentina issued its own international arrest warrants for Velayati, Iran’s foreign minister at the time of the attack, and Rafsanjani, who was president when the attack was planned. 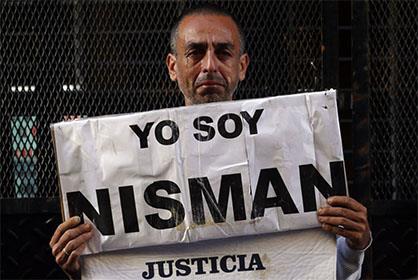 In advance of the upcoming Interpol General Assembly this November, Iran has been engaging in a full court press, including a legal challenge, to have the red notices lifted. Earlier, Iran had sought to achieve this goal through a secret back channel with the government of former Argentine President Cristina Fernandez de Kirchner. That failed when Nisman exposed it. Another effort also failed: Iran and the Kirchner government signed a memorandum of understanding to jointly “investigate” the bombing, a transparent scheme to whitewash the culprits -- the red notice holders -- and accuse imaginary suspects. The new Argentine government headed by President Mauricio Macri voided the MOU, finding it unconstitutional.
When U.S. President Barack Obama visited Buenos Aires in March, he promised to help Argentina to “finally hold these attackers accountable,” but he made no mention of Iran’s role in the bombing -- despite the well-publicized revelation of an audio tape in which former foreign minister Hector Timerman acknowledges that “18 years ago, they [Iran] planted the bomb.”
This is among the reasons there is concern that the Obama administration will yield to Iran’s pressure and not do what is necessary to ensure that the red notices are renewed. Since cutting a nuclear deal with Iran a year ago, the administration has often failed to hold Tehran accountable for its actions in meaningful ways. To take just one example: Recent German intelligence reports exposed Iran’s efforts to procure nuclear technology as well as its illicit proliferation activities involving chemical and biological warfare. There have been no repercussions.
Those who say we don’t know who perpetrated the AMIA attack and suggest it will never be solved are, for whatever reasons, protecting terrorists. Nisman’s evidence of Iranian complicity in the AMIA bombing, and his exposure of the secret back channel aimed at getting the red notices lifted, angered Iran’s rulers.
Nisman was found brutally and suspiciously murdered a day before he was to formally present evidence to the Argentine Congress.
Iran continues to engage in nefarious activities in our hemisphere, and we ignore this at our peril. Not renewing the red notices would mean that justice will be denied to the victims of the AMIA bombings and to their families. It would mean that terrorists will get away with mass murder. President Obama should see that as a red line -- and not let it be crossed.

Toby Dershowitz is Vice President for Government Relations and Strategy at the non-partisan Foundation for Defense of Democracies.