For almost 15 months, Houthi rebels backed by Iranian regime have besieged Yemen's second largest city, only allowing life-saving aid deliveries to enter once every three months.
More than 200,000 civilians have been caught up in the fighting in Taiz, a city that has become one of the major front lines in the battle for control of Yemen. 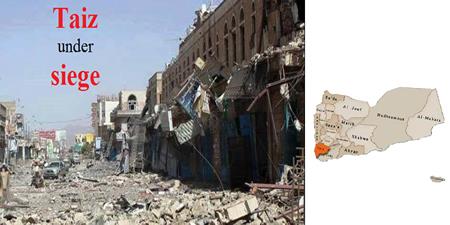 For months, aid agencies have warned of a major humanitarian disaster in the city. There are frequent reports of dire food and water shortages, and of hospitals struggling to function without access to fresh medical supplies. At least 37 of the city's 40 hospitals and medical institutions have been forced to close, and the doctors and nurses that are brave enough to remain are forced to operate without essentials such oxygen - which doctors require to put patients under general anesthesia.
Houthis have repeatedly prevented aid groups from delivering medical supplies to the city, exacerbating the humanitarian crisis.
And with observant Muslims refraining from eating or drinking from dawn to dusk during the holy month of Ramadan, many households are running low on food, medicine, and other necessities.
"The NGOs are trying to help but the problem is bigger than their capacity." Mohammed al-Gunaid, an NGO coordinator in Taiz told Al Jazeera.
"They can only provide basic aid to reduce suffering - nothing more."
When aid does finally reach the city, residents are having to queue under the baking sun where temperatures often exceed 40C to get their share. 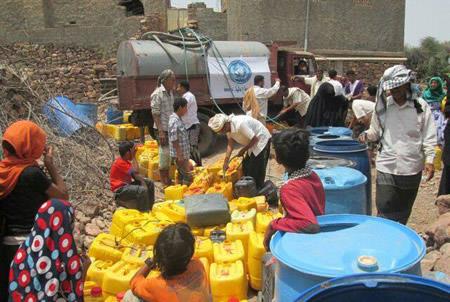 And while water tankers visit some areas of the city once a week, buying blocks of ice has become the only way to prevent what little food the people of Taiz have from going bad. The city has been without electricity for more than a year.
"We hide our suffering behind closed doors," Najib Hasan Abdullah, a Taiz resident, told Al Jazeera. "No one really knows how much we're suffering. But what can we do? Where can we go to escape this situation?"
Zahra Mahdi, a Taiz resident, spoke of people living in a "state of constant war and fear", adding that many "just stay at home, frightened of the shelling". 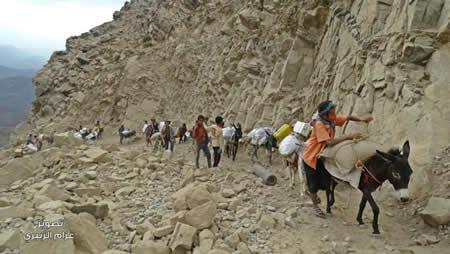 Yemen has been torn apart by conflict since 2014, when – Iran backed-Houthi rebels, allied with troops loyal to former president Ali Abdullah Saleh, captured large swaths of the country, including the capital Sanaa.
A coalition assembled by Saudi Arabia launched an air campaign against the rebels in March 2015. Since then, more than 9,000 people have been killed and 2.8 million driven from their homes.
Across the country, at least 14 million people, more than half of the population, are in need of emergency food and life-saving assistance.
The 15-month conflict has also taken a horrifying toll on the country's youth, with UNICEF warning that an estimated 320,000 children face life-threatening malnutrition.