Due to growing pressure State Dept. to Investigate Edited Video on Iran Talks

Facing mounting pressure from members of Congress and from inquiring journalists, the State Department said on Wednesday that it has reopened its investigation into who ordered the video edit of a State Department briefing from December 2013.
Last week when the State Department admitted the video had been deliberately edited (after having originally stated it was a technical glitch) a spokesman said the investigation was over and ultimately could not determine who was responsible.
But on Wednesday State Department spokesman Mark Toner said that decision was overturned by Secretary John Kerry. “The secretary said he wants to dive deeper into this, look more into what happened, and try to get to the bottom of what happened,” Toner told reporters at the State Department briefing today.
Based on claims from the technician responsible for editing the video and her supervisor, officials said they believe that the order came from within the department of public affairs. Yet the technician and her supervisor, who recall having a discussion about the order, both say they can’t remember who called them and told them to do it, according to officials.
Spokespersons Jen Psaki and Marie Harf and other top public affairs officials from 2013 have vigorously denied calling for the deletion.
Toner said today investigators within the state department’s legal division have expanded the investigation to look through emails from “leadership positions” that might give some indications of who called for the edit. So far the emails haven’t offered any indication of who did this, or why, he said.
He also pointed out that no rules were broken when the video was originally edited, but that rules have since been put into place that would prohibit such action.
“But we're going to continue to look at additional troves of information in an effort to find out, again, what happened” Toner said. 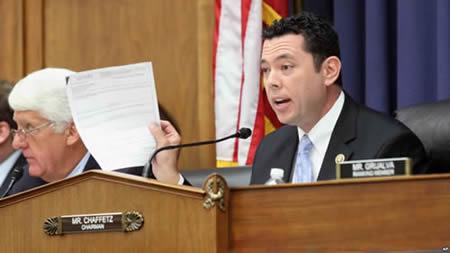 Rep. Jason Chaffetz, Chairman of the House Oversight Committee, has called for an internal investigation by the State Department’s inspector general and sent a letter to Secretary Kerry requesting State Department documents and correspondences related to the decision to delete the video footage. He also sent a letter to the White House chief of staff requesting similar information after it was reported that one of its briefings transcripts omitted a line about the Iran nuclear negotiations.
For its part, the State Department says it plans to provide a preliminary response to Rep. Chaffetz on Wednesday.
Source: ABC News, 9 June 2016