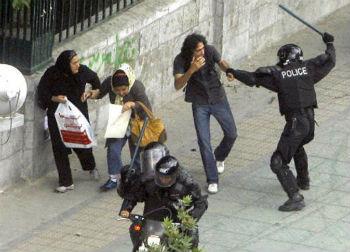 Prosecutor Ismaeil Sadeqi Niaraki is reported to have held a special court session after the revellers were rounded up following the party at a villa on the outskirts of the city.
The National Council of Resistance to Iran cites the Mizan news agency as saying that the arrests, interrogation and punishment all took place within 24 hours.
Niaraki is quoted as saying: 'After we received information that a large number of men and women were mingling in a villa in the suburbs of Qazvin... all the participants at the party were arrested.
'Thanks God that the police questioning, investigation, court hearing, verdict and implementation of the punishment all took place in less than 24 hours.'
He added that the judiciary would not tolerate the actions of 'law-breakers who use excuses such as freedom and having fun in birthday parties and graduation ceremonies.'
Up to 30 students have been given 99 lashes each in Iran for attending a mixed-gender graduation party .
He also warned the victims that 'being arrested in mixed-gender parties and receiving sentences is a crime and would create problems for their future education and employment.'
Shahin Gobadi of the Foreign Affairs Committee of the National Council of Resistance of Iran said: 'This barbaric act once again proves that moderation during Hassan Rouhani’s Presidency is nothing but a myth.
'Three years after Rouhani’s Presidency the human rights situation in Iran is deteriorating in every aspect.
'This also shows the regime’s fragile state and total isolation among the Iranian people, in particular among the youths.'
Iran's hardliners have orchestrated a crackdown on "morality" violations. 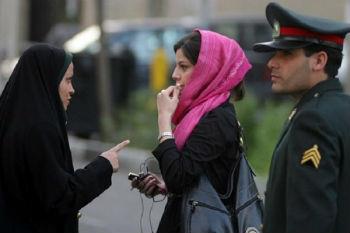 Iran's morality police answer to the supreme leader, not the president.
Tehran's morality force this year launched an undercover campaign by 7,000 morality police officers to ensure women are dressed according to Iranian revolutionary custom - either fully veiled or wearing a headscarf. 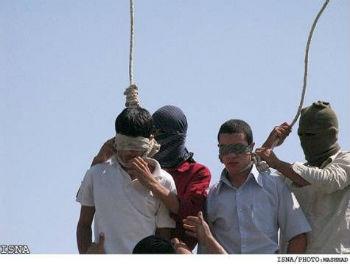 Rouhani, described as a "moderate" president, has himself been criticised by international rights organisations for presiding over a heavy handed justice system.
The president has signed hundreds of executions since coming to power three years ago. Many of those hung were convicted of drug offences.
More than half of the 753 people hanged in 2014 were were drug offenders.
In 2015, Amnesty International said it had recorded “a staggering execution rate” in the Islamic republic, “with nearly 700 people put to death in the first half of the year alone”.
Source: Daily mail, Middle East Eye, 27 MAY 2016