Do the opposite of what the Obama administration wants on Iran

By Jennifer Rubin
The Washington Post, May 25, 2016 - The Obama administration has been wrong again and again on Iran. It has overestimated Iran’s desire to be a normal country in the “international community” and underestimated its determination to continue on its course of domestic repression, regional aggression and defiance of international obligations. Unfortunately, it keeps doubling down.
In important and persuasive testimony before the Senate Banking Committee, sanctions guru Mark Dubowitz explained:
Iran is engaged in a robust effort to legitimize its financial sector despite a decades-long rap sheet of financial crimes and illicit financial activities that it shows no sign of curbing. Since the conclusion of the JPCOA, the Obama administration has missed numerous opportunities to push back against Iran’s legitimization campaign. Instead of insisting on an end to Iran’s continuing malign activities (terrorism, human rights violations, and other destabilizing activities in Syria, Iraq, Yemen, Lebanon, and other countries across the Middle East), and using non-nuclear sanctions to deter and punish these activities, the administration is now effectively acting as Iran’s trade promotion and business development authority. Indeed, the administration may be departing from its original JCPOA negotiating position that it would only suspend or lift so-called U.S. “nuclear sanctions” under its executive authority. Rather, the administration is allowing Iran to hold the U.S. responsible for delivering financial and economic outcomes.
Instead of increasing pressure on Iran, as the administration promised Congress it would do, it wants to go beyond the requirements of the JCPOA. He continued:
Meanwhile, the administration is touring Western capitals to encourage banks to re-enter the Iranian market and is reportedly mulling a new unilateral concession that Iran did not negotiate as part of the JCPOA: Iranian use of dollarized financial transactions through offshore dollar-clearing, intra-bank book transfers and conversions, or some other kind of mechanism that would allow Iran access to the dollar. This concession, a response to threats from Iran’s Supreme Leader Ali Khamenei, undercuts the efficacy of future non-nuclear sanctions, which depend on the private sector’s perception of the severe financial risks involved in transactions with Iran. Easing dollarized transaction restrictions also aids an Iranian push to legitimize its financial sector without halting the terror, nuclear, and missile financing, not to mention the money-laundering and sanctions evasion that violate international norms of responsible financial activities.
Instead of making yet another unilateral concession, the administration should be going in the opposition direction. Dubowitz urges Congress to pass legislation allowing Iran to conduct dollarized transactions through a variety of maneuvers; reauthorize existing sanctions due to expire; strengthen sanctions against the Iranian Revolutionary Guard by targeting its support for terrorism and expanding nonproliferation sanctions; and report on the Revolutionary Guard’s infiltration of the Iranian economy. He also encouraged Congress to “expose Iran’s ongoing deceptive conduct and illicit activities through both open source data and declassified evidence to build on the already-existing market concerns of doing business with Iran.” Other measures include expanding human rights sanctions by imposing “human rights sanctions on state organs responsible for institutionalized human rights abuses, as well as individuals who work for these state organs.”
You will notice what he does not list: Ripping up the Iran deal. It is not necessarily the wisest or most effective course if the next president and Congress follow Dubowitz’s advice. The measures he recommends do not go beyond anything Hillary Clinton, in broad terms, has suggested. Provided she is serious and Congress acts in bipartisan fashion, we might be able to undo some of the damage inflicted by the JCPOA, and even worse, by the administration’s post-JCPOA strategy.
The potential for an effective bipartisan Iran policy is there, provided that the administration does not make our situation even more perilous in the months before the election. 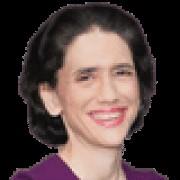