Rouhani’s two and a half years human rights record

Despite a wishful and illusive perception that things can change in Iran while the clerical regime is still in power, the two-and-half-year record of the mullah Rouhani shows not only the situation has not improved, the socio-economic and human rights situation in Iran has hit an all-time record high.
According to the IRGC news daily Javan on April 4, 2016, more than 722,000 families in Iran have lost their only source of income or breadwinner in past two and a half years.
The Iranian regime labor ministry reported on February 29, 2015 that over 40 million Iranians are economically inactive and 8.6% of the unemployed in the country are college graduates. More than 730,000 of these unemployed graduate students have either Master’s degree or PHD in their own field of study.
One in every 7 people in Iran are food stamp dependent or in desperate need of food. The statistics show that the number of those under the poverty line has tripled and more and more poor families resort to the heartbreaking phenomenon of selling one or even two of their children to save their other children.
The human rights situation is not much different from the socio-economic condition. Here are some examples of what is happening in the mullah’s dungeons.

Iraj Hatami, a political prisoner held in Gohardash Prison of Karaj, west of Tehran, was attacked by a number of ordinary prisoners and left there to bleed.
The Iranian regime has resorted to a new type of torture by placing political prisoner in the same cell as dangerous criminals are housed.
Mr. Hatami’ was placed amongst dangerous ordinary criminals without any consideration of separating prisoners based on their convictions, was stabbed in this attack and left severely injured.

A political prisoner’s son sentenced to 21 years behind bars! 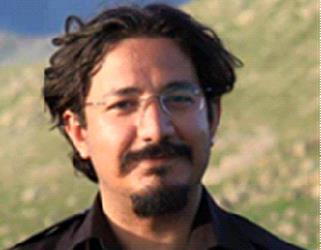 The father of Amir Amir-gholi, a prisoner of conscience who has been sentenced to 21 years behind bars said, “Should social activities by the youth lead them to end up in prison? As a father when I review the evidence filed against my son I see that none of them is justified or legal to have him placed in jail. Truly, should supporting working children and municipality workers place one in jail?”
Amir Amir-gholi, a student of industrial management at Ghazvin Open University, was expelled from the university back in 1999 for his political activities.
He was arrested by Ministry of Intelligence agents on June 30, 2014 and placed in solitary confinement of ward 2A controlled by the Revolutionary Guards in Evin Prison. In February 2015 he was sentenced to 21 years behind bars on charges of “insulting the sanctities,” “insulting the leader,” “assembly and collusion for actions against national security,” “disrupting public order through taking part in rallies” and “propaganda against the state.” 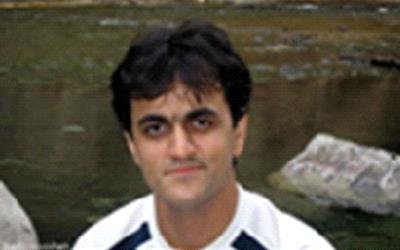 Security entities have prevented the release of Saeed Malakpour, in prison for cybercrimes, after spending 8 years behind bars in Tehran’s notorious Evin Prison.
“Saeed is innocent and the Revolutionary Guards has no evidence other than coerced confessions during interrogation,” his sister said.
Malakpour was arrested in October 2008 and his charges include propaganda against the state and insulting the leader. 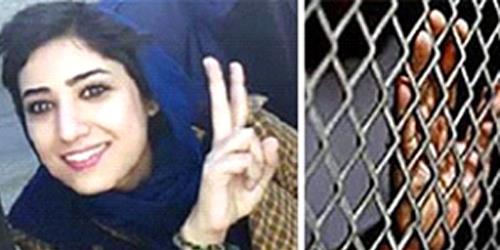 According to reports received from inside Iran authorities have denied Atena Farghadani, cartoonist and civil activist, any leave during the recent Persian New Year “Norouz” holidays. She spent the entire two weeks New Year holiday behind bars, whereas her family had gone through many follow-ups to have her on their side during Nowrouz.