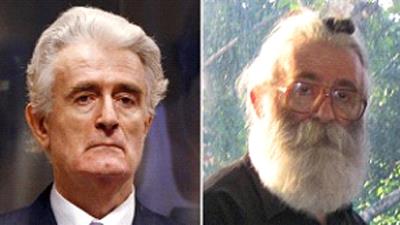 When Karadzic was found, he had grown a long beard and wore spectacles to diguise himself
Serb officials revealed that Karadzic had been hiding in plain sight -- working in a clinic in Belgrade, the capital of Serbia, under a false identity as a "healer."
He was extradited to the Hague to face charges where he entered a not guilty plea. He initially tried to represent himself which led to delays in his trial but eventually had a lawyer imposed on him.
Thursday’s verdict comes more than a year after the end of his trial in 2014. The 500-day trial included evidence from 586 witnesses and more than 11,000 exhibits.
Karadzic’s former army chief Ratko Mladic, who was arrested in 2012, is also facing charges of genocide and war crimes committed during the conflict. A judgment is expected in 2017.