IRAN: No reason to think Rouhani is fundamentally different from “hardliners” led by Ali Khamenei

The Iranian regime held two sets of elections in the last week of February. Some in the West see the elections as the first test of power for the mullahs’ president Hassan Rouhani after the signing of the nuclear deal last year. Their optimism is fueled by the vast economic and human potentials of Iran itself. They argue, rather confidently, that the nuclear deal will instigate reforms within the regime by strengthening the position of the “reformers” in Rouhani’s camp.
But there is no reason to think that Rouhani is fundamentally different from “hardliners” led by the supreme leader Ali Khamenei. And there is no reason to believe that these were genuine elections in Iran. On the contrary, Rouhani is in complete agreement with Khamenei on the major themes of domestic and foreign policy, despite some tactical differences.
Khamenei wields complete control over the vetting and screening of election candidates. Only those who have demonstrated “heartfelt and practical allegiance” to the supreme leader (Khamenei himself) can stand for elections after being vetted by the 12-member Guardian Council, whose members are directly or indirectly appointed by Khamenei.
For the February elections, only 55 percent of the registered candidates were approved to run for parliament. Most of the candidates allied to Rafsanjani and Rouhani were rejected. And in the Assembly of Experts, only 166 of over 800 competed for the 88 seats in the Assembly of Experts – an average of two candidates running for every seat, with only one candidate for some cities).
In a word, elections in Iran are a sham because the supreme leader effectively chooses only candidates that are loyal to him and a theocratic regime that has lacked legitimacy since its founding in 1979.
The core of the regime is the institution of absolute clerical rule, which rejects popular will. The degree of softening or moderating such a system has no significant bearing on the fundamental sociopolitical and economic trajectory of Iran.
As Khamenei showed in the run-up to the elections, he excluded many members of the rival factions through the Guardian Council. At the same time, Rouhani showed no willingness to resist Khamenei’s political slaughter, due to lack of a popular mandate.
Since Khamenei is the pillar of the regime, the undermining of his authority means that the entire regime has now been weakened, including the Rouhani faction. It is important to note that Rafsanjani and Rouhani did not gain in strength in light of Khamenei becoming weaker.
Both Khamenei and Rouhani are deadly afraid of popular protest. Khamenei personally supervised the merciless purge of rival factions, but fell short of overcoming the crisis that has gripped his regime. The daily warnings of the regime’s officials about a "sedition more dangerous than the one in 2009," a clear reference to the 2009 popular uprising that shook the foundation of the regime, has exposed Tehran’s fears of another national uprising.
That is why Khamenei issued absurd religious decrees (fatwas) declaring the casting of a ballot as a religious obligation. He even said, "the participation of women in elections does not require a husband’s consent." He wanted to encourage those loyal to the regime and their families to participate in the elections.
Despite all the election engineering and fraud, despite the fact that a day before the election the regime’s Interior Minister stated, “We estimate a 70 percent turnout,” the regime later announced a 50 percent participation rate in the Capital, Tehran.
This was attained through widespread rigging, intimidation of some sectors of society, and threatening state employees with “serious consequences” if they did not vote. The regime’s agents also bought votes and birth certificates, voted with birth certificates of the deceased, and voted multiple times by going town to town. They announced on the state television that ID cards without a picture are acceptable for voting!
After all this, Rouhani’s allies do not look any different from Khamenei’s. For example, the list of candidates for the Assembly of Experts endorsed by Hassan Rouhani and Akbar Hashemi Rafsanjani included the current Intelligence Minister, his two predecessors, and Ali Razini, the deputy head of the Judiciary and a Sharia judge. They are all accused of egregious rights violations, including the execution of thousands of dissidents.
The election outcome will not result in any serious changes to the Iranian people’s political and economic situation. The regime has lost in its entirety because Khamenei is weaker and Rouhani is not stronger. The real winners are the Iranian people who have long rejected theocracy and called for a secular, democratic, non-nuclear republic. It is time for the world to stand on their side. 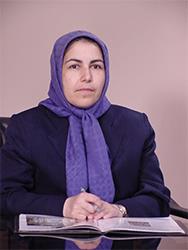