Getting Away With Murder

The deaths of Middle Eastern refugees are becoming so commonplace they rarely make it on to the front pages in the United States. However, the deaths of 23 refugees in a rocket attack in Iraq on Oct. 29 should have been the exception. The U.S. has pledged to protect these particular refugees, yet has repeatedly failed to do so. The incident is one more example of the Obama administration’s feckless foreign policy, especially when it comes to dealing with Iran.
The attack took place at Camp Liberty, a former U.S. military camp outside Baghdad that is home to more than 2,000 Iranian refugees who are members of the main opposition group to the mullahs who rule Iran. Some 80 Iranian-built rockets hit the small camp that has been home to members of the People’s Mojahedin Organization of Iran under an agreement signed by the United States and the government of Iraq in 2011. The Iranians, who now pull the strings in the Iraqi government, want the PMOI eliminated — and are continuing to slaughter them while the U.S. looks the other way.
When the U.S. invaded Iraq in 2003, members of the PMOI, who had built their own city, Ashraf, near the border with Iran, agreed to turn over their weapons to the U.S. military in return for written guarantees of their safety issued to each individual in the camps. When the U.S. withdrew from Iraq, the PMOI agreed to be temporarily resettled from their homes in Ashraf to Camp Liberty with the understanding that the government of Iraq would protect them — an agreement memorialized in a memorandum of understanding between the U.S. and Iraq.
Instead, the group has suffered numerous attacks that have resulted in hundreds of casualties both at Ashraf and Liberty. Nor has Camp Liberty, which was supposed to be a temporary relocation camp before the refugees were resettled outside Iraq, met the most basic humanitarian standards, lacking sufficient water, food, medical supplies and decent living facilities.
As tragic as the loss of lives at Camp Liberty was, the stakes for the U.S. are even graver. The Obama administration negotiated a bad nuclear deal with Iran — one that gives Iran sanctions relief without adequate inspections to assure Iran’s compliance.

Since that agreement, Iran has repeatedly poked the Obama administration in the eye, testing long-range missiles, arresting American citizens in Tehran, and fostering terrorism in the region with no consequences.
So what will the Obama administration do in response to these continued Iranian provocations? Probably nothing. But one action that the U.S. could easily take is to honor its promises to the Iranian refugees still stuck in Camp Liberty.
The Iranian mullahs see the PMOI as a major threat to their tyrannical control. According to one young woman who escaped Iran recently whom I interviewed via Skype, opposition to the mullahs is growing in Iran. 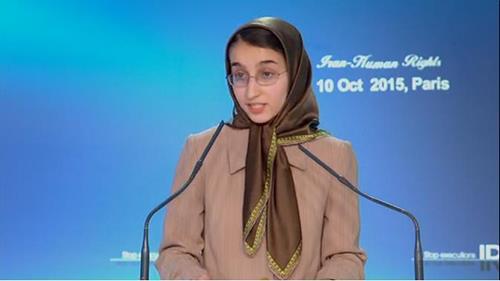 Paria Kohandel, an 18-year-old student, described the horror young Iranians experienced when men believed to be members of so-called vice squads threw acid on the faces of several women in Isfahan a year ago because the women’s clothing was deemed "immodest." To date, no one has been arrested in the attacks, despite promises by Iranian president Hassan Rouhani that the perpetrators would be brought to justice.
Kohandel was just days away from taking university entrance exams in Tehran when she decided she could no longer live in such a society. "I was at a crossroads. Should I join the resistance or go back to my personal life?" she said. She knew how perilous the decision was because her family had already suffered enormously after the Iranian Revolution. Her father is currently serving a 10-year prison sentence in Iran for supporting the PMOI and an aunt and uncle were killed in the Iranian-backed 2011 attack on Ashraf. Nonetheless, she decided to join the PMOI and escaped Iran in August, telling me it would have been "selfish to think only of my personal dreams and not the dreams of my friends and all Iranians."
If the Obama administration were serious about confronting Iran, it could do no better than to assist members of the Iranian resistance such as Paria Kohandel. Ms. Kohandel is now living in Europe, but many of her fellow PMOI members are stuck in Camp Liberty. The U.S. owes these people protection. They must be resettled safely outside Iraq immediately. If the U.S. cannot even honor its basic commitments, should it be any wonder Iran thinks it can get away with murder? 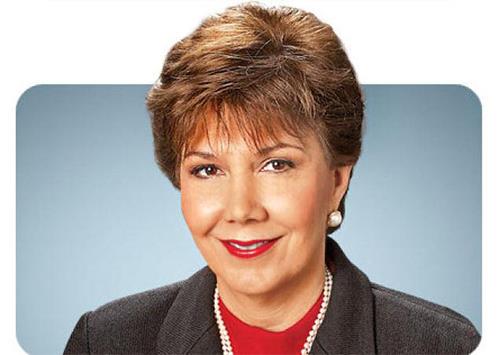 Linda Chavez is the author of "An Unlikely Conservative: The Transformation of an Ex-Liberal."