Iran is widely believed to have been behind a deadly rocket attack yesterday evening on Camp Liberty in Baghdad, Iraq. At least 23 members of the Iranian Resistance group, the People’s Mojahedin Organization of Iran (PMOI), are thought to have been killed by the blasts. 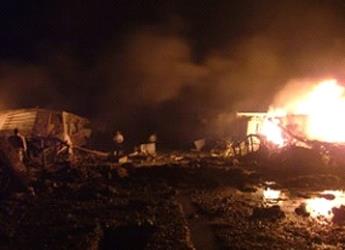 The group has been formally exiled in Camp Liberty, a former US military base, since 2012 after their forcible relocation from Camp Ashraf, which had served as their previous base from 1986. 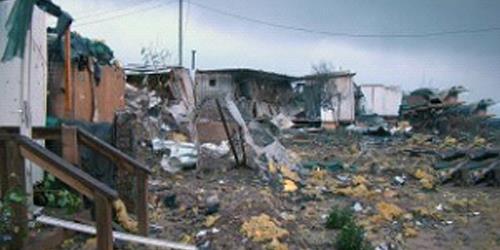 The PMOI claim that Iraqi officials have underestimated the number of rockets that struck the camp.
US Secretary of State, John Kerry, made a statement yesterday condemning the “brutal, senseless terrorist attack on [Camp Liberty] that killed and injured camp residents”. He asserted that “the United States remains committed to assisting the UN High Commissioner for Refugees in the relocation of all Camp Hurriya residents to a permanent and safe location outside of Iraq”.
Mr. Mehdi Abrishamchi, Chairman of the Peace Committee of the National Council of Resistance of Iran (NCRI), also gave a briefing today. His brother, Hossein, a senior figure in the PMOI (MEK) and who had previously served at the High Command of the National
Liberation Army, was among the dead. 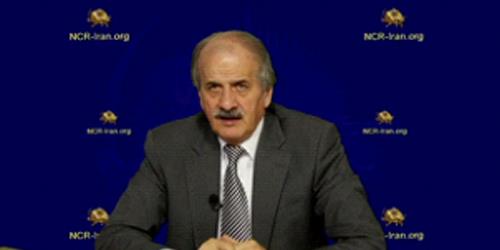 Undeterred, Mr Abrishamchi declared that the PMOI would remain resolute in the face of Iranian barbarism and what he labelled as the “deadliest” attack on the camp to date. The assault was indicative of an Iranian leadership fearful of the influence of the resistance movement inside Iran, he said. This latest attack would only strengthen the resolve of members towards their goal of establishing a democratic and just Iranian state, he said.
In the wake of the attacks, he also criticized the view of Iran’s President Hassan Rouhani as a moderate figure intent on reform: “[This is] the same Rouhani [who] crowned his inauguration as President with a rocket attack against Camp Liberty in 2013” and who, domestically, has presided over the “world record in hangings”, the “executions of minors” and increasing segregation and discrimination against women.
Mr. Abrishamchi called for all nations to rally around and offer support to the dissidents in Camp Liberty: “It is already too late for those