Signs of a New & Worrying Iran Strategy in Syria

Amid promises from Iran of a peace plan for Syria, lets get one thing straight: Tehran is not negotiating over its key interests in Syria, but advancing them more directly, and possibly with less concern for Bashar al-Assad’s fate. There should be no mistake in this regard and Iran is supporting Assad only for its own interests.
Furthermore, Assad’s woes are not pressuring Iran to negotiate, but embedding it more deeply in Syria. Rather than bring peace, this will probably worsen the war’s sectarian character, strengthen jihadist groups, and make a lasting settlement less likely than ever.
All this is on full display in the city of Zabadani. 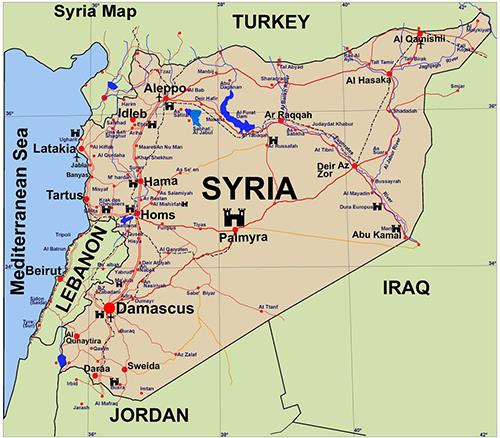 Zabadani lies some 17 miles northwest of Damascus, astride a key Hezbollah supply line and near core Hezbollah territory in Lebanon. This makes the city critical for both the militia and Iran. In early July, Hezbollah and regime forces began an offensive to take Zabadani, besieging rebel forces there. Syrian rebels responded by encircling thousands of pro-regime and Hezbollah forces in Fu’a and Kefraya, northern Syria, using this as leverage to force a ceasefire in Zabadani. Sporadic fighting continues and the city’s fate remains unclear. What is clear, however, is that Iran’s handling of the Zabadani crisis indicates a shift in its Syria strategy, in which it either negotiates on behalf of or ignores Assad and his inner circle, securing its interests directly rather than by proxy.
Iran’s negotiating terms are bad news for Syria. It reportedly offered to end the assault on Zabadani on two conditions: that its fighters be allowed to evacuate Fu’a and Kefraya, and that Zabadani’s largely Sunni population leave the city. This would be the first deliberate, large-scale sectarian population transfer in the Syrian war. It is not clear whether that would benefit the regime, but displacing a hostile Sunni population from critical territory would clearly benefit Hezbollah and Iran, both Shia powers. That Iran is negotiating Syria’s new sectarian geography indicates its war strategy has become less about reconquering insurgent territory, and more about shaping a new Syria to secure its interests.
Understanding Iran’s approach requires distinguishing between Iranian and Syrian regime interests. Iran’s efforts in Syria were never about saving Assad as such, but securing its own strategic position in the Levant. This means protecting Hezbollah supply lines in areas like Zabadani and preventing a hostile regime from emerging in Syria. Iran is not opposed to negotiation, but a lasting negotiated settlement to the war would be based roughly on the principles of the Geneva 2 agreement: consensus-based political transition. Whatever diplomatic initiatives it announces, the bitter truth is that as long as Iran believes it has other options, it cannot accept this outcome because it would endanger Hezbollah. A post-war order that enjoys the support of most of the insurgency and its domestic and foreign backers will not be as kind toward this Iranian proxy as Assad was.
The Iranian aspiration to transfer Zabadani’s population and alter Syria’s sectarian geography indicates it has little interest in serious negotiations at the moment. Indeed, it sets a terrible precedent for ethnic cleansing as a war strategy in a multi-sectarian country, in which the displacement of Sunnis (or other sects for that matter) would boost the sectarian narrative and recruitment prospects of jihadist groups like the Islamic State. An Iranian-led rather than Iranian-backed war on the insurgency would lead to an even more toxic and broken Syria.
This new dynamic threatens the US interests of defeating jihadist groups and facilitating an end to the war. As we argue in a new study for the Atlantic Council, however, local crises also present opportunities to protect US interests and preempt worst-case scenarios, including the ethnic cleansing of Zabadani and the catastrophes that would follow. Zabadani shows that Iran has a bold and coherent new strategy, while regional rivals active in Syria, including Turkey and the Gulf states, lack an effective answer. However the United States chooses to tackle this -- training and equipping new forces; working more closely with existing ones to push back on Iran’s new sectarian strategy; directly negotiating in crises such as Zabadani; or helping cobble together a more effective regional coalition to increase negotiating leverage against Iran -- its policy should reflect Syria’s new local realities, not a misreading of Iranian intentions.
Iran’s diplomatic push on Syria is not about making serious compromises to end the Syrian war. It merely shows that Iran is more directly controlling its Syrian interests, reshaping its strategies and priorities accordingly. This may or may not involve sacrificing Assad, but if it does lead to regime change, it will look nothing like a Geneva 2-type compromise, and would certainly not involve meaningful Iranian sacrifices over its strategic position in Syria. More likely, this approach simply reflects Iran’s calculation that the regime has become a burden -- an obstacle rather than a means to securing its core interests. As Zabadani makes clear, if Iran’s new strategy goes unopposed, Syria will go from very bad to far worse.