Reject the nuclear deal in favor of regime change from within

By Ivan Sascha Sheehan, PhD
With a majority of Americans viewing the proposal to lift sanctions on the Iranian regime in exchange for the promise of limits on its nuclear program negatively, the Obama administration is encountering tough questions on Capitol Hill.
Congress next needs to decide how to proceed with an accord they had no hand in drafting.
Will legislators summon the courage to meet the primary security challenge of the day or will they abdicate their oversight responsibility in favor of political obedience to the president?
From a foreign policy perspective the answer is simple.
The Iranian regime is the principle sponsor of Bashar Assad’s murderous regime, a source of ethnic and religious violence in Iraq, and the central state-sponsor of terrorism globally. Their deplorable record on human rights also receives annual global condemnation.
The regime is a source of sectarian tensions in the Middle East, a beneficiary of regional instability, and an agent of crises from Lebanon to Yemen.
Why U.S. officials should have confidence in such a disreputable partner is a reasonable question.
Congress is right to pause as it considers the merits of partnering with Tehran’s leaders in the name of peace and security.
Since its release two weeks ago, the contentious Iran nuclear deal has been alternately referred to as controversial, irresponsible, and reckless by leading academics and policy officials.
Former Chairman of the Senate Foreign Relations Committee Sen. Robert Menendez (D-N.J.) criticized the deal by noting that the redlines the U.S. initially drew have turned into green lights.
Even Obama’s defenders are portraying the agreement as one carved out of political necessity.
In fact almost no one in Washington is making the case that the agreement constitutes a diplomatic victory and instead represents the best of bad options.
But some are asking the question: What’s the rush to authorize such a poor deal?
The White House decision to send the agreement to the United Nations’ Security Council in advance of congressional oversight may have been designed to build pressure on U.S. legislators but the maneuver belies the administration’s confident messaging that the accord should be judged on the merits.
When Congress returns from recess, policymakers will have an opportunity to exercise robust oversight and make their voices heard.
They should start by rejecting the president’s false choice between war and unending diplomacy with the Supreme Leader’s diplomatic proxies.
They should also insist that the White House account for the unnecessary concessions granted a power widely regarded as weak, fragile, and in no position to make demands.
Finally, they can take the president to task for not curtailing the regime’s influence by leveraging the discontent on the Iranian street, thereby strengthening the U.S. negotiating posture.
Congress can take action on the Iran nuclear agreement by insisting that any deal that doesn’t include the transparency of unfettered inspections by IAEA inspectors will be rejected.
They can also build in contingencies for enhanced sanctions under the premise that they remain useful for ensuring Tehran’s continued compliance.
The preliminary plan put before Congress is regrettably distinguished only by the extent of its appeasement and the extraordinary nature of the U.S. concessions granted.
Obama’s principal mistake is treating the Iranian regime as a fixture of the Middle East landscape while ignoring the aspirations of the Iranian people for democracy, human rights, and civil and political liberties.
Congress can shift the burden of proof on to the president to articulate why the deal meets the goals he set in advance of the first round of talks and why the Iranian people should not have the same audacity of hope for a brighter future as the American people.
Congress can also look into alternative options such as reaching out to the Iranian people via the organized resistance, the truest architects of regime change from within.
The primary Iranian opposition to clerical rule – the exiled PMOI/ MEK – has long favored a non-nuclear Iran that upholds human rights and is at peace with her neighbors and their political mobilization is unrivaled.
Congressional oversight will require leadership on the part of Republicans and it will take courage on the part of Democrats to break with the president’s wishes.
Congress is justified in being angry that concerns raised as P5+1 negotiations dragged on for two years were routinely dismissed.
And Americans are right to be suspect of a deal that compromises security for the false promise of hope.
Accepting the agreement as it stands requires reconciling the fragile status of the clerical regime with the president’s urgent rush to kick the nuclear can down the hill for 10 years.
The failure to reduce nuclear breakout capacity and the infusion of cash that will soon arrive with the lifting of sanctions will only serve to reinforce the regime’s hold on power and foster a more violent regional climate.
Rejecting the agreement in favor of real change by the Iranian people is the only sure path to a more peaceful and stable future. 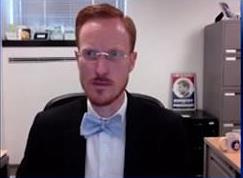 Sheehan is director of the graduate program in Negotiations and Conflict Management in the School of Public and International Affairs at the University of Baltimore.