By Alexander Carlile, Washington Times article
In Iran’s Isfahan province, protesters gathered in the streets late last month to decry a series of attacks in which women were badly burned with acid. The attackers are presumed to have used the Islamic principle of “enjoining good and forbidding wrong” as a pretense for the attacks, modeling their actions on those of Iran’s Basij militias and Ansar e-Hezbollah. 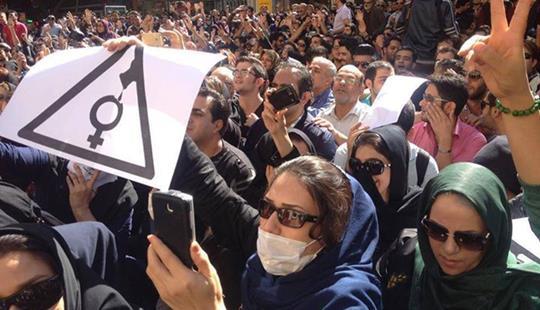 During the protest, demonstrators chanted that Iran’s acid attackers are more vicious than the Islamic State. They understand something that the Obama administration seems not to: A narrow focus on defeating and destroying the Islamic State does little to address the broader problem of militant fundamentalism in the Middle East. The protesters also understand something that the Iranian government won’t acknowledge: It is complicit in these attacks, and its policy of empowering the most hard-line elements of society only encourages more of the same.
A press release by the National Council of Resistance of Iran asserts that “contradictory remarks by the clerical regime’s officials unveil the regime’s role in this crime.” The Paris-based resistance organization reports that following a recent car accident, civilians in Isfahan captured a number of people who were carrying bottles of acid and took them to the local police station.
Nonetheless, Mohseni Eje’i, speaker of the Iranian judiciary, reported that no one had been arrested in connection with the attacks. 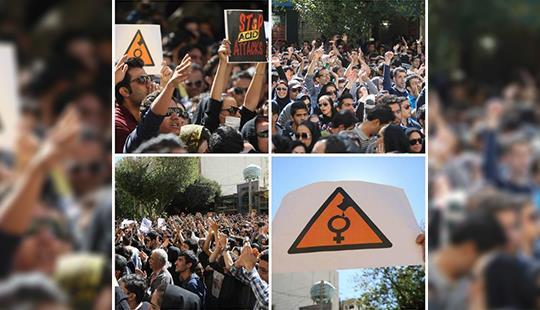 The following day, Oct. 19, another murderous attack raised the outrages to a new level of cruelty. Adding insult to injury, the Iranian Parliament voted to give greater powers to Basij militias organized under the hard-line Iranian Revolutionary Guard Corps. In essence, the regime responded to acid attacks that have seriously injured 25 people so far by legitimizing the motives of their attackers.
The commander of the Basij, Mohammadreza Naghdi, commented on these incidents by defraying all responsibility and cautioned the Iranian media to avoid softening its stance on people who do not live up to the regime’s standards of Islamic behavior. Additionally and outrageously, Mr. Naghdi boldly asserted that such attacks are likely part of a conspiracy by Western intelligence agencies to paint a bad picture of Islam.
Even if some absurd, shadowy Western entity was interested in defaming the world’s Muslims, it would never entertain, let alone perpetrate, terrible human rights abuses in the name of Islam. The regime’s arrests of religious minorities and political dissidents, its forced veiling of women, its public segregation of the sexes and escalating efforts to force women back into exclusive roles as mothers — all these things and more paint for non-Muslims a terrible picture of Middle Eastern Islam, while internally they encourage the growth of fundamentalist movements that see burning women with acid as a suitable way of enforcing morality.
In their own right, these acid attacks are a human rights violation that demands immediate international attention. More than that, they are part of a much larger problem that the United States has recently tried to address only through bombing campaigns against a handful of militants associated with the Islamic State. National Council of Resistance of Iran President Maryam Rajavi said via her group’s statement on the incident: “The international community’s silence in the face of these brutalities, under whatever pretext, is tantamount to encouraging the mullahs’ regime and leaving the path open for it to continue these atrocities in Iran.” 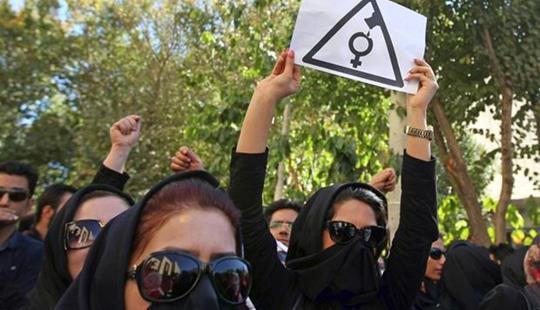 The fact that Iranian officials have encouraged yet more Islamist crackdowns in the wake of the attacks proves that Mrs. Rajavi is right. If these incidents are left without serious public comment by the U.S. government and humanitarian organizations, the Iranian regime will rampantly spin the story in whatever way it chooses. It will certainly choose to portray hard-line Islamists as the victims in this situation, rather than its perpetrators.
Meanwhile, those who show their support for the regime with violence against women will essentially have carte blanche to carry on with what they’re doing, knowing that they have the powerful protection of the Revolutionary Guards.
Either way, the most politically or religiously extreme elements of the Islamic Republic of Iran will be emboldened if these human rights abuses are left as matters for Iran to handle on its own. Iran’s means of handling its human rights problems is something that the United Kingdom and the United States have already ignored for too long.

Baron Alexander Carlile of Berriew is a Liberal Democrat member of the United Kingdom’s House of Lords and co-chairman of the British Parliamentary Committee for Iran Freedom. He was the independent reviewer of terrorism legislation in the United Kingdom from 2001 to 2011.
October 31, 2014