-
Reporters stationed in the Syrian city of Aleppo have reported serious clashes between Syrian rebels and Assad forces near the Abrij region and Aleppo Central Prison, adding the rebels were able to literally explode two buildings where Assad forces were gathering.
This operation comes in line with intense clashes in this region where 60 to 80 Assad mercenaries were killed by the rebels, a BMP armored vehicle destroyed and 4 heavy guns were confiscated by the rebels. 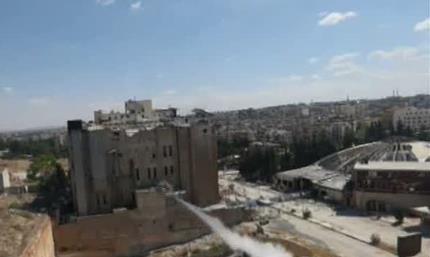